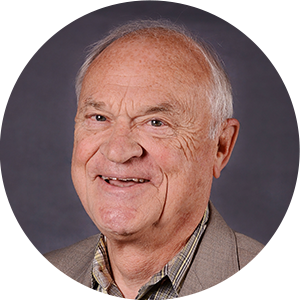 Bernie Schlueter received his B.A from Bishop Loras College in Dubuque, Iowa prior to receiving a M.A.in Hospital Administration from the University of Iowa. During his career, Bernie has been the C.E.O. of hospitals in both Wisconsin and Ohio and has been the Deputy Director for the Ohio Department of Health. A Fellow of the American College of Health Care Executives, he also serves as the Chairman of the Columbus Diocesan Catholic radio station, WUCO-1570AM. Schlueter is also a Pastoral minister to patients at the Ohio State University hospitals. He is a father of eight children and 36 grandchildren. Bernie is active with his wife and children in all areas of pro-life, government, politics, church, education and medicine.

Bernie’s wife is the founder and executive director of the Bethesda Post Abortion Healing Ministry in Columbus and is a licensed counselor specializing in Christian values.