This week has been a whirlwind of pro-life activity, and we have seen the fruits of the pro-life movement's labor finally come to fruition in a few different ways. We wanted to give you a quick update on the four big things that happened this week alone in Ohio:

You may have seen our press release earlier this week, which gave our statement on the 6th U.S. Circuit Court of Appeals' decision to uphold our defunding Planned Parenthood law. To give some background, former Representatives Margy Conditt (now an Ohio Right to Life board member) and Bill Patmon (a Cleveland area Democrat) sponsored this legislation during the 2015-2016 General Assembly. Below is a picture of them working on the House Floor on HB 294 to De-fund Planned Parenthood. 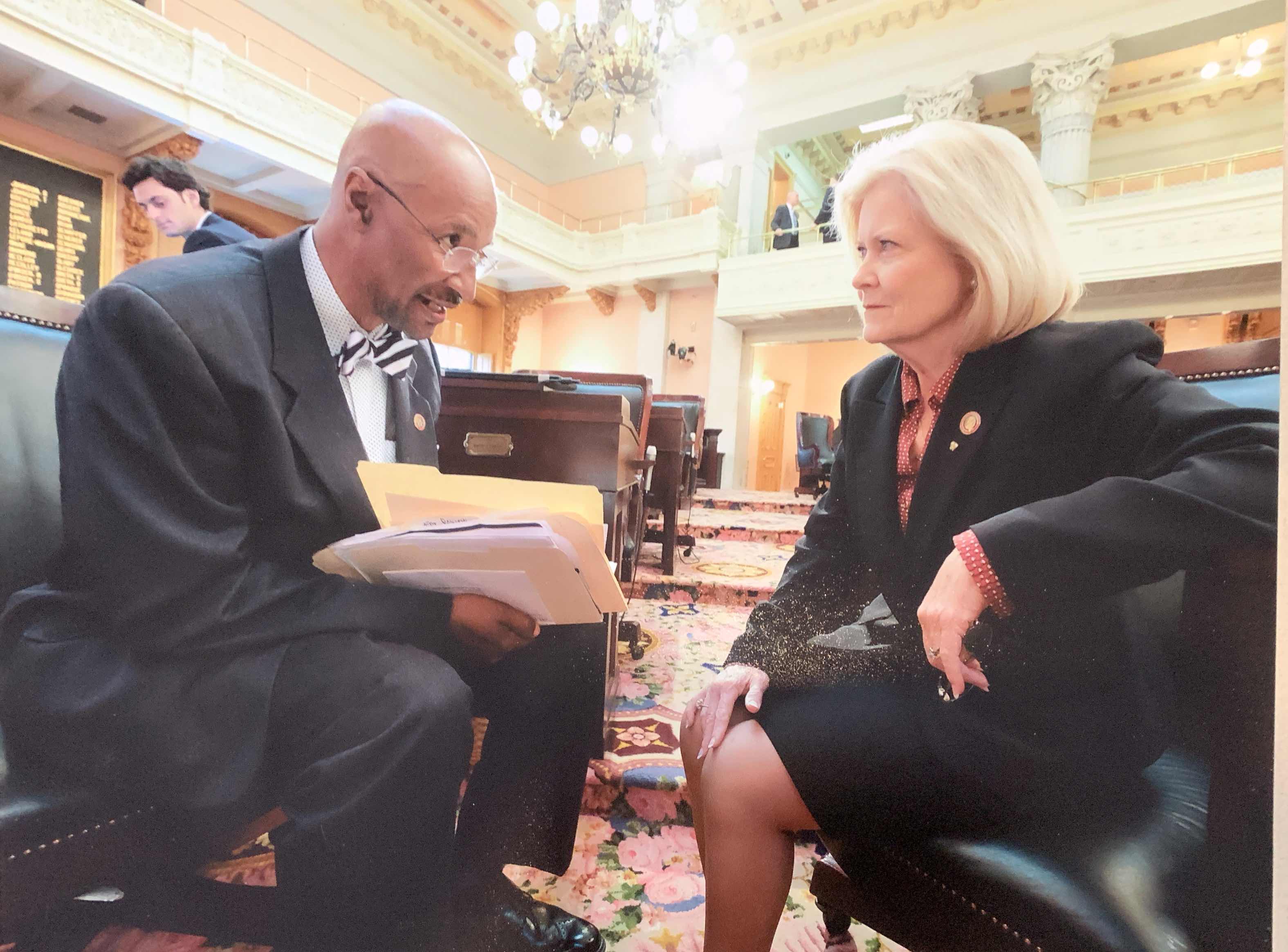 The law was passed a little over three years ago, and was supposed to go into effect in May 2016. A Cincinnati judge blocked the bill from going into effect. Then last year, a three judge panel of the 6th US Cirucit Court of Appeals ruled against it. Then-Attorney General Mike DeWine's office requested that the all 17 judges hear the case and decide all together, and they vacated the previous ruling. The oral arguments in front of the entire panel of judges happened in October of 2018.

On Tuesday of this week, the decision was handed down in favor of our de-funding Planned Parenthood law. The opinion was a huge win not only because it upholds this important law, but also because it protects the conscience rights of Ohio's taxpayers. Additionally, it sets a national precedent by saying that corporations have no constitutional right to state tax dollars. Judge Sutton, the author of the majority opinion says in the decision, "Governments generally may do what they wish with public funds, a principle that allows them to subsidize some organizations but not others and to condition receipt of public funds on compliance with certain obligations."

He also makes another important distinction in the opinion whe he says, referring to Planned Parenthood, "Today’s plaintiffs do not have a Fourteenth Amendment right to perform abortions. The Supreme Court has never identified a freestanding right to perform abortions." All in all, this decision is absolutely massive and vastly important in our fight to see abortion become both illegal and unthinkable.

We are now calling on the Ohio Department of Health to immediately begin enforcing Ohio's law, and to ensure that Planned Parenthood and other abortion providing or referring organizations do not receive state funding. If you would like to join us in urging the ODH to do this, please sign our petition here.

2. The Heartbeat Bill Passes on the Senate Floor 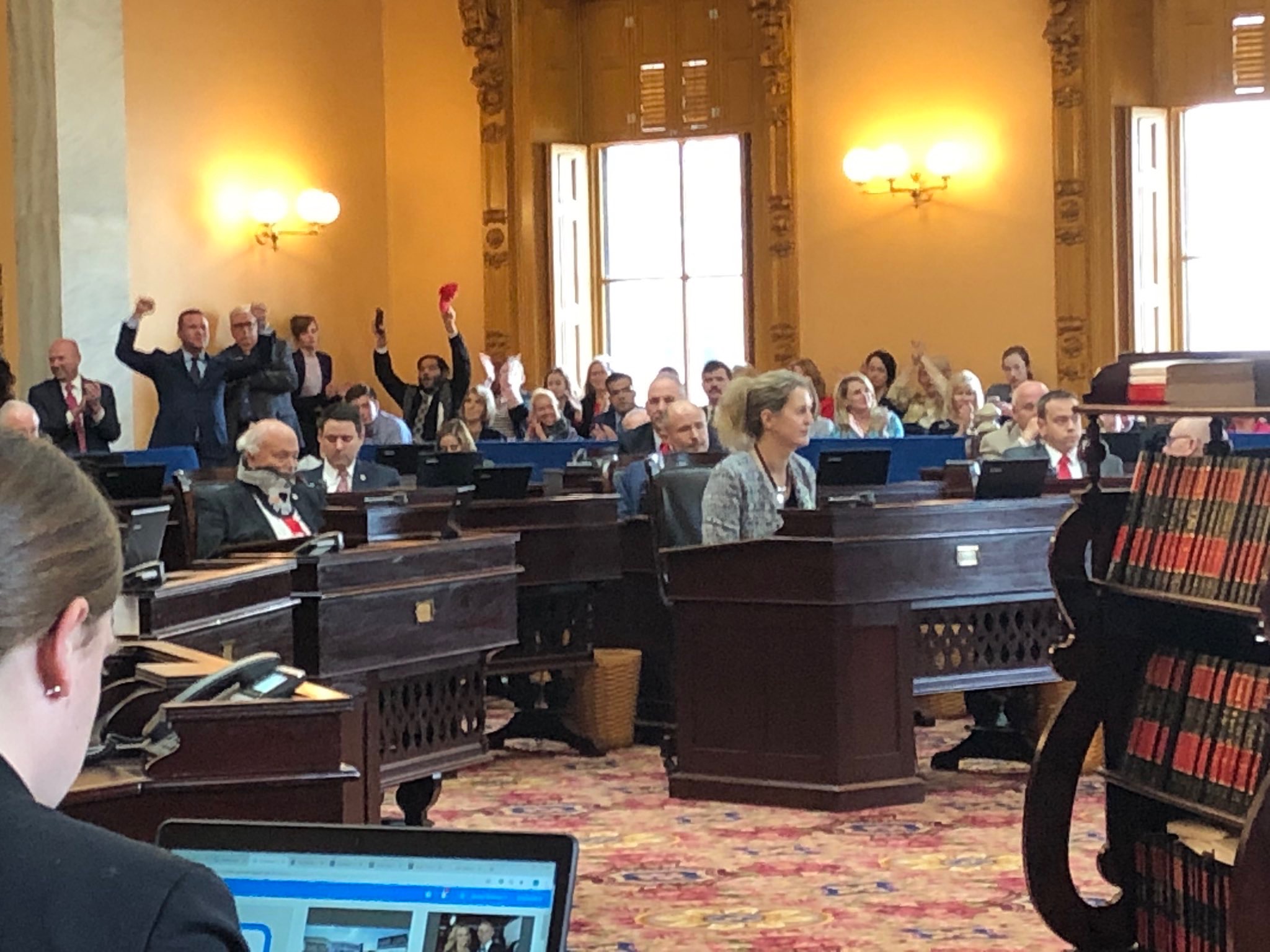 On Tuesday of this week, the Human Heartbeat Protection Act (SB 23) passed in the Senate Health, Human Services and Medicaid Committee by a vote of 8-4. On Wednesday, after our Pro-Life Legislative Day, we led a huge group of pro-life Ohioans over to the Statehouse to witness the passage of the Heartbeat Bill on the Senate floor. After impassioned comments by bill sponsor Sen. Kristina Roegner, and some debate, the Heartbeat Bill passed on the Senate floor by a vote of 19-13.

The Ohio House will be moving quickly on this bill, to get it to Gov. DeWine's desk as soon as possible. Hearings begin in the Ohio House Health Committee on Tuesday, March 19 at 11am in room 116. If you'd like to come, RSVP here. Questions? Email Jessica by clicking here. Because of the united effort of pro-life organizations across Ohio, we are seeing this legislation move at a remarkable speed. We are glad to see the Legislature putting emphasis on such an important issue. 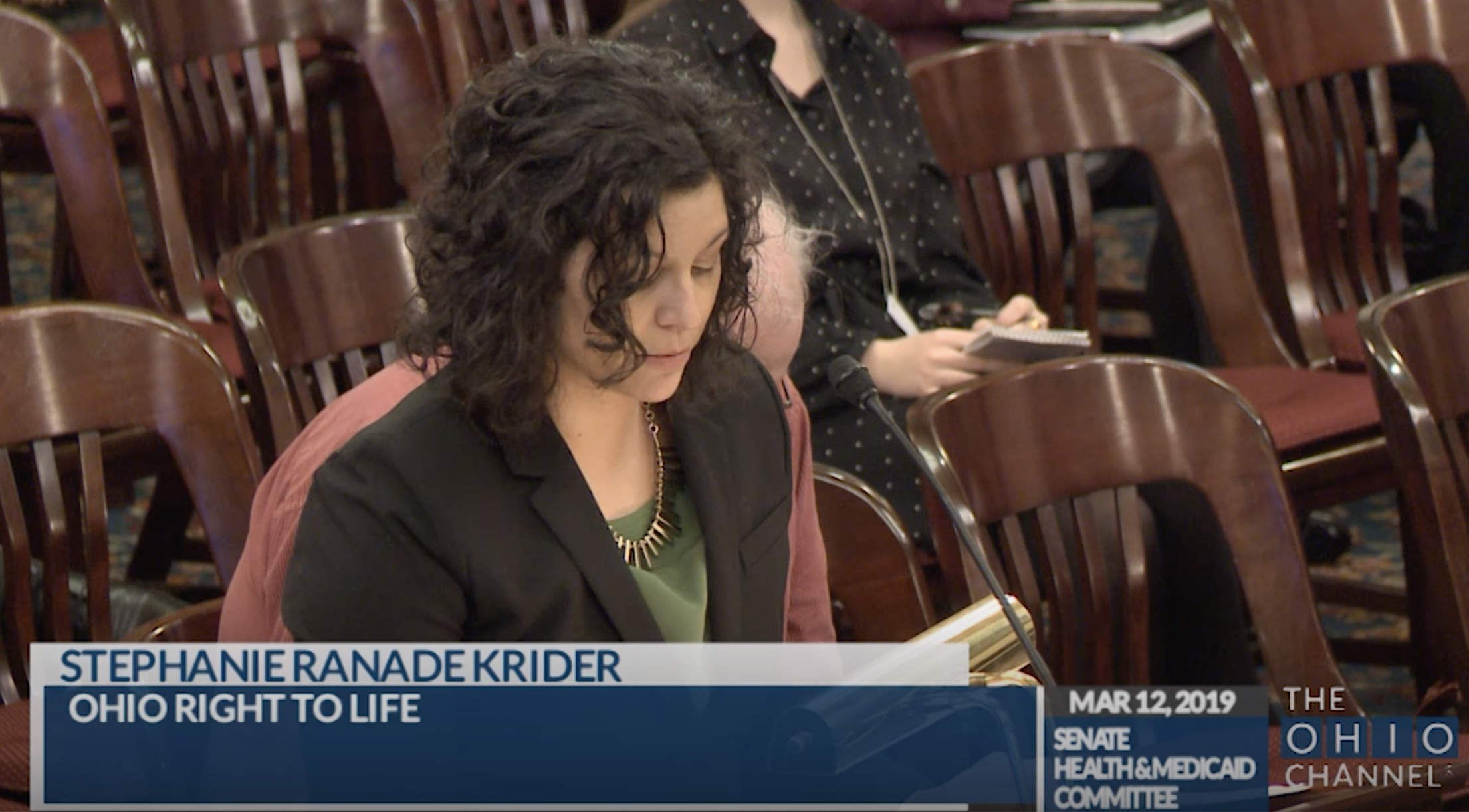 This resolution passed in the Committee and was then brought up on the Senate Floor on Wednesday, during the same hearing in which the Heartbeat Bill passed. This moment was historic and incredibly moving. Sen. Nickie Antonio, a Democrat, spoke on behalf of the caucus before the vote on SR 41 with tears in her eyes and said, "When a baby's born, a baby's born. And we should do everything we can." Although most if not all Democrats vote against pro-life legislation typically, every single Democrat voted in favor of Senate Resolution 41, which urges Congress to implement protections for babies born alive after a botched abortion.

We are so thankful to Senate President Obhof and Sen. Matt Huffman for bringing this resolution forward, to all the Senate members who voted unanimously for it, and to our pro-life delegation in Congress who have been fighting to bring this bill to the House floor.

On Tuesday, pro-life Attorney General Dave Yost's office argued in front of the Second District Court of Appeals that Women's Med Center should be closed because it is operating outside the bounds of Ohio law. Women's Med Center has no transfer agreement with a local hospital and has not been granted a variance by the Ohio Department of Health. These laws have been put in place to protect women and provide health and safety provisions. And they don't just apply to abortion facilities, they apply to every ambulatory surgical facility, from ear, nose and throat offices to laser eye clinics. Hopefully, we will find out in the next few months if the Second District will uphold Ohio law and close down Women's Med Center.

On Tuesday, March 19, there will be oral arguments on our Dismemberment Abortion Ban in court in Cincinnati. Details are as follows.

Additionally, on Wednesday, March 20, the Senate Health, Human Services and Medicaid committee will hold proponent testimony on the Unborn Child Dignity Act (SB 27) in the South Hearing Room. If you'd like to come, RSVP here, or email Jessica with more questions.