State Representative Bill Patmon has become an incredible friend to Ohio Right to Life and the whole pro-life movement.

A few short years ago, he voted in favor of Ohio's Late-Term Abortion Ban, and today, he continues to stand for human life and against the abortion industry. He is a co-sponsor of the Down Syndrome Non-Discrimination Act (to prohibit abortions on babies with Down syndrome) and the Pain-Capable Unborn Child Protection Act.

And yesterday, in a speech that brought the crowd to their feet with thunderous applause at the pro-life #WomenBetrayed Rally in Columbus, Representative Patmon announced that he and Representative Margaret Conditt just dropped legislation to de-fund Planned Parenthood in Ohio. 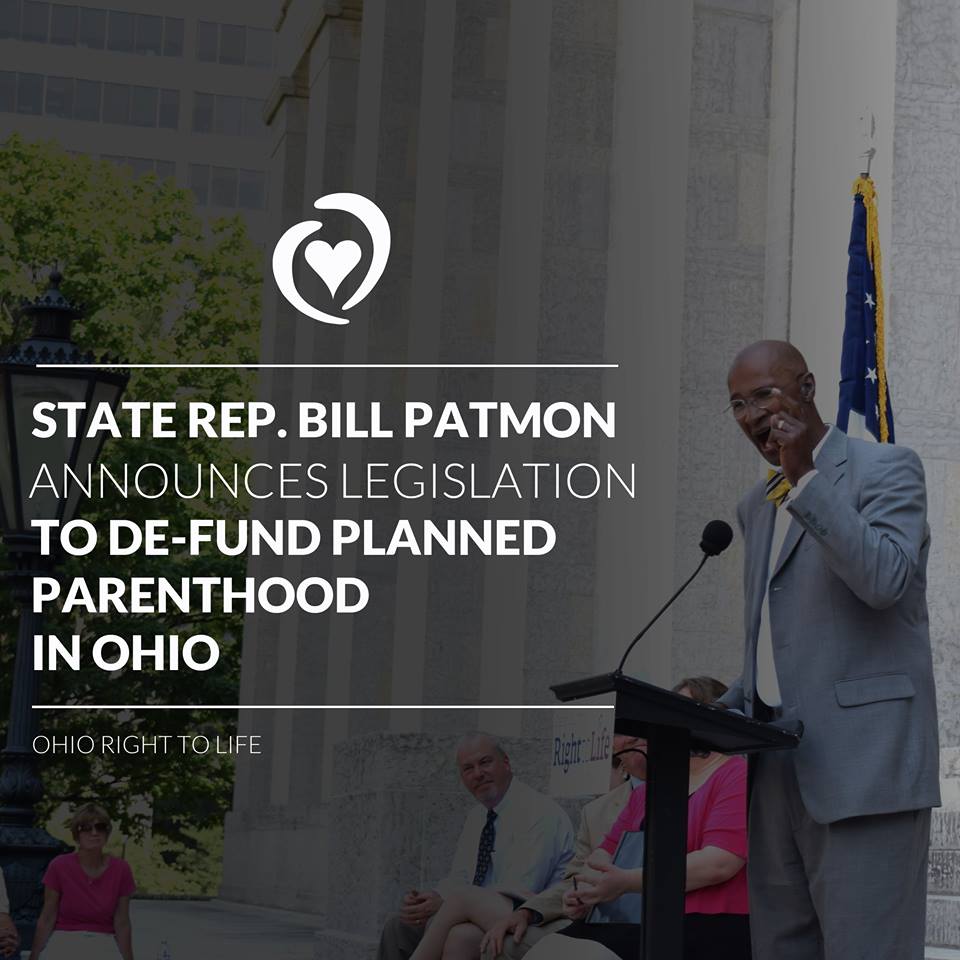 Representative Patmon noted that his mother would have been a likely candidate for abortion at Planned Parenthood. In his own district in Cuyahoga County, 63 percent of abortions take place on black women. Sadly, Cuyahoga County is recognized as Ohio's abortion capital, responsible for 40 percent of the state's abortions. But fortunately, Cleveland has a staunch pro-life representative in Bill Patmon, a man with the courage to buck his party's extreme position on abortion and protect human life.

Ohio Right to Life is grateful for Representative Patmon's friendship and his leadership. He truly is an honorable man.

Marc Kovac, reporter for the Youngstown Vindicator, captured Representative Patmon's speech below. It's been picked up by Hannity and Breitbart.com. To see all of the footage from yesterday's rally, click here.

Show your support for Representatives Patmon and Conditt's legislation by signing our petition to De-Fund Planned Parenthood!