Three years ago, the Ohio Department of Health revealed a number of health and safety violations at a Toledo abortion facility. At the top of the list was the facility's failure to obtain a transfer agreement with a local hospital for three years.

As the Columbus Dispatch reported at the time, "Health inspectors turned up several other violations, including failure to combat possible infections and to keep operating-room equipment — some of which had rust and mold — clean and safe, blank prescription forms already signed by a doctor, IV bags full of expired medicine, and 44 syringes containing an unidentified clear liquid."

The Ohio Department of Health recommended the closure of the facility and a $25,000 fine. In June 2013, Center for Choice shut its doors.

Yesterday, three years after the facility's closing, pro-lifers in Toledo were granted a grand finale to this part of the story: the demolition of the Center for Choice.

The Respect Life Ministry of the Diocese of Toledo shared photos on their Facebook page: 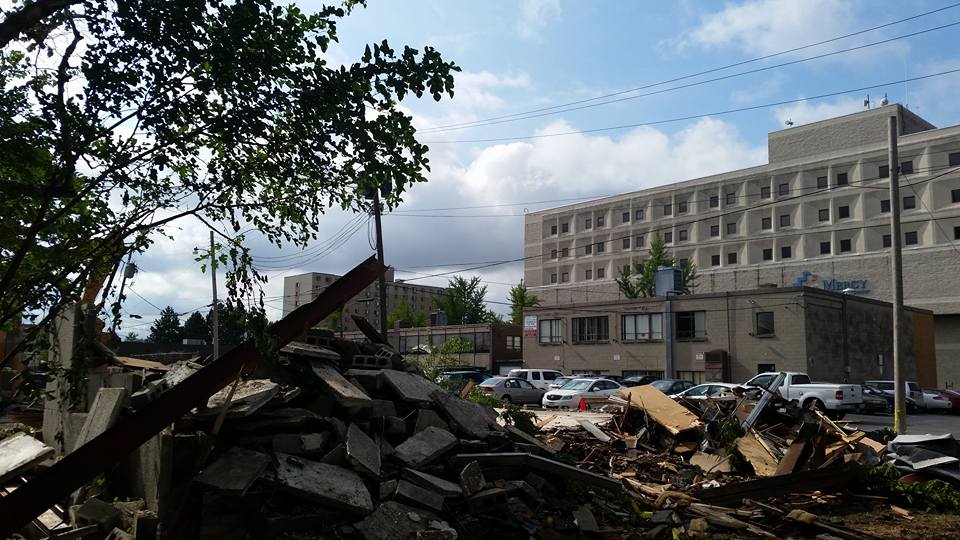 Several weeks ago, the Supreme Court overturned basic health and safety laws like the ones that closed the Center of Choice. In this moment of profound loss for the women and children of this country, it would have been easy to turn to despair. To accept defeat, to surrender the fight.

But moments like this—the demolition of an abortion facility—give us great cause to rejoice, to claim a victory over death and to continue to fight back!

Just as the facility's closing isn't the end of the story, neither is its demolition. In 2014, pro-life leaders in Toledo bought the property. In a few short years, it will become the site of Hope Park, the first site in the city of Toledo and the state of Ohio that will build a memorial for the unborn on what was formerly an active abortion clinic.

The Center for Choice was the site of over 50,000 abortions in the 30 years that it operated in Toledo. Soon, it will be a site of memorial, a place that recognizes and affirms the lives and dignity of those 50,000 precious children.

This week, we rejoice with our friends in Toledo. We encourage you to visit hopepark.org and prayerfully consider how you can continue to support life-affirming projects like this in Toledo and across the state.

Take heart, pro-life Ohio--our mission is one of ultimate triumph!