The 2020 Democratic Nominees: Incompatible with Life 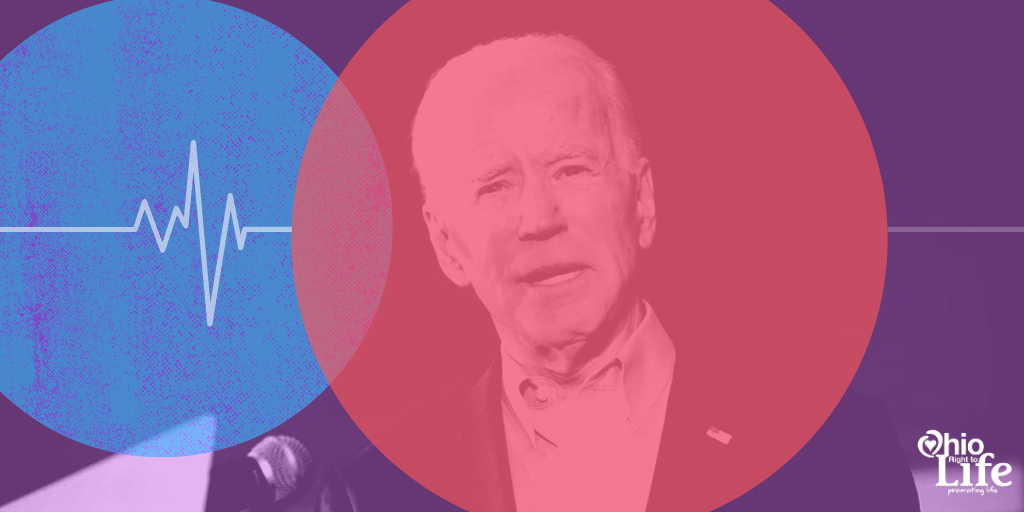 Now that the 2020 Democratic Convention is a wrap, it’s safe to say that the 2020 Democratic nominees are the most pro-abortion presidential ticket in American history. Underneath the convention’s patriotic rhetoric and talk of a brighter future for all Americans, a much less palatable plan for the country’s future lay intentionally obscured: all-access, taxpayer-funded abortion for any reason, up to birth. Beyond the smoke and mirrors of the Democratic party’s supposed unifying and compassionate presidential nominees, lies the ugly truth. Biden and Harris are both radically pro-abortion.

Biden, who the Democratic Party is desperate to portray as politically moderate, is on the record as saying that killing unborn children through abortion is a “constitutional right” and that he supports repealing The Hyde Amendment, which helps ensure that taxpayer funding can’t be used to pay for nearly any abortions. He also supports the Equal Rights Amendment, an amendment which, under the guise of ensuring women’s rights, would instead enshrine abortion in our nation’s constitution. Unsurprisingly, Planned Parenthood has endorsed him.

Now in 2020, Kamala’s commitment to abortion has remained unwavering, as evidenced by her full-throated approval of everything related to abortion while on the campaign trail. Not only has she pledged to nominate judges who would enshrine Roe v. Wade, she has also stated her desire to use the Department of Justice as an anti-life task force with ‘an affirmative duty to review submissions and make formal determinations’ regarding pro-life laws passed on the state or local level. Under Harris’ power, abortionists would additionally have ‘the ability to challenge DOJ’s approval of a law or practice in federal court, serving as a check on hostile administrations.’”

These are the national leaders that the Democratic party has decided to market to the American public as empathetic people of faith. Obviously, that hard-sell has no basis in conscience or reality. Biden’s invocation of his supposed Catholic faith is both deeply troubling and personally offensive to people of faith everywhere. To use faith as a point of leverage to gain power, and then use that power to act in a way that is in blatant disregard to every tenant of the faith’s creed is both spiritually and morally reprehensible. Nothing about Biden’s stance on abortion is remotely Christian. And Kamala’s clear intention to use every leadership advantage given to her to not uplift the most vulnerable, but to actively attack any and all who would protect them, is about as far from Christian charity and grace as one can fall.

It is telling that in their bid to curry the votes of the American people, the Democratic party has done everything in their power to hide their extreme stance on abortion. Abortion isn’t popular and it’s not pretty. And it most certainly doesn’t align with the deeply held faith and guiding values of millions of Americans. In his speech accepting the Democratic nomination for President, Joe Biden stated “As God's children each of us have a purpose in our lives,” and that “This is a life-changing election that will determine America's future for a very long time.” He is absolutely right, and most everyone would agree with both sentiments. Where people of conscience differ in view from Biden and Kamala, is that we would never suggest that any human’s purpose is to be brutally killed and their broken body sold for parts.

We live in complicated times, and there are certainly voters who remain confused of how to best vote their values. Regardless, one thing is for certain. As far as their 2020 Presidential bid is concerned, the Democratic Party is incompatible with both faith and life.