Did you hear? On Wednesday of this week, the Ohio Senate passed the Down Syndrome Non-Discrimination Act! That means this legislation is headed over to Governor John Kasich's desk. In a 2015 interview with CNN's Jake Tapper, Gov. Kasich said “I’m more than glad to say that, of course, I would sign it.” We expect he will follow through and sign this piece of legislation, which would be the 20th Ohio Right to Life initiative signed into law in the last 7 years!

This legislation has spurred a national conversation. Some may ask, why is this legislation so important? We asked our friend Kelly and her son Oliver, who has Down syndrome, to remind us why we need to fight back against this example of modern-day eugenics. Watch the video here: 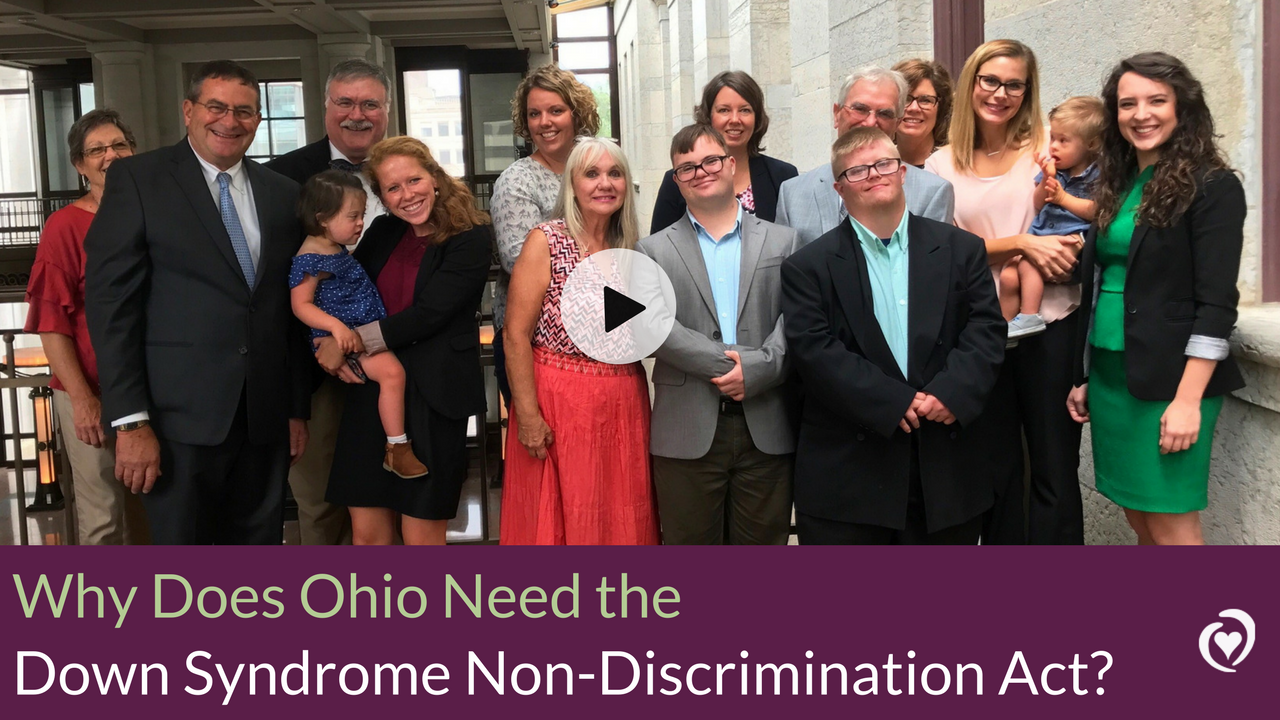 Thank you for how you have prayed and advocated for this legislation alongside us. We couldn't have done it without you!
Do you like this post?
Tweet