The following is by Veronica Lark, a senior at Lourdes University in Sylvania and a new blogger for Ohio Right to Life.

What do pro-life activists mean when they talk about “the front lines” of the pro-life movement?  Immediately, the imagery of war documentaries and military regalia comes to mind; somehow I don’t think this imagery is accurate in describing the peaceful persistence of pro-life supporters. 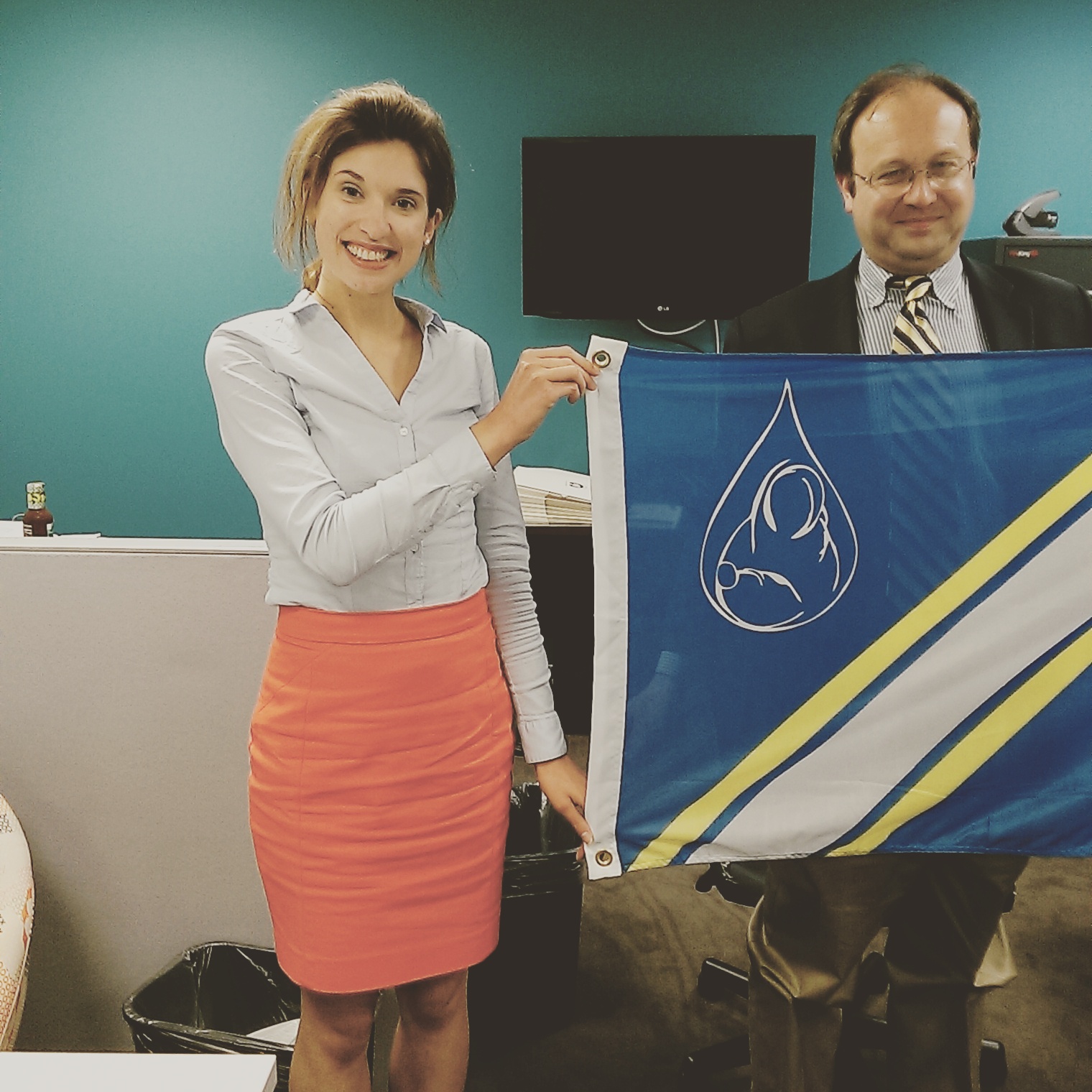 From the very beginning of my involvement in pro-life work, this rhetoric helped guide my understanding of how I could get involved. In high school I attended annual dinners for my county’s Right to Life chapter that distinguished between different forms of activism.

I began considering how my neighbors, peers, and community leaders who attended these dinners were often not working in these stereotyped “front lines” of the pro-life movement—they had ordinary jobs and maybe had never even stood in front of an abortion clinic.

Surreally, what further challenged these activist stereotypes were the generations of pro-lifers who made the yearly January pilgrimage to Washington DC.

Only the best writer could begin to capture the sentiment that urged me, as well as hundreds of thousands of other Americans into the Washington DC streets in late January.  The frostbitten toes, the chorus-like anthem of pro-life slogans being chanted, and the overflow of pedestrian traffic in the city streets best depict the ferocity of this movement.  Every year, the political capital of our nation shuts down on the anniversary of Roe v. Wade and the media craftily ignores the public outcry against the evil in our nation.

The wintry shadow of Smithsonian museums on the Mall serves as the backdrop to the words of social and political figures who are invited to speak to the hundreds of thousands of people who attend the March for Life.  Every year I have attended the March, I have recognized more of the speakers, and felt a human connection with the schools, churches, and organizations who relentlessly pursue justice for the unborn child.

My own interest in pro-life issues was captivated and encouraged through these yearly events, and they gave me the motivation I needed to engage in actions and conversations as a true activist.  I bottled up the zeal from the March for Life and brought it home with me to work in my local pregnancy center, volunteer with my chapter of Right to Life, lobby with Ohio college students at the Ohio Statehouse, petition my peers and neighbors to stand for No Taxes for Abortion insurance, and pray with 40 Days for Life outside of an Ann Arbor Planned Parenthood.

I was finally an activist—waving banners and folding baby clothes on the front lines of the movement.  However, it wasn’t until this past summer that I could put my activism into its full context.

As an upcoming senior in college, my dreams as an English major were merged with my dreams as an activist when I transplanted to Washington DC for the summer and worked as a Communications intern in the Susan B. Anthony List office.  As I mingled with students and staff in my own office and in networking events and conferences around the city, I was introduced to another pro-life front—the political, educational, and legislative arena of the movement.  Those whom I encountered reaffirmed the notion that our activists could now claim the offensive stance in the abortion battle.

Generations of pro-life activists have spurred this change in strategy. Bolstered by Americans from all walks of life, we can find camaraderie with activists in hospitals and legal offices.  We are now embedded in a network of local, state, regional, and national pro-life policy organizations, grassroots operations, and think tanks.  We do our battle in the offices of Senators and Congressmen, and it is now a full-time job to lobby against organizations like NARAL and Planned Parenthood.  We don’t just meet in church basements anymore; instead we recruit secular, post-abortive, and even ex-abortion doctors to our cause.  The pro-life message is simple to understand, and our motives are as transparent as the ultrasound technology that only clarifies what it is that we fight for every day—the humanity of our most defenseless brothers and sisters.