How Can Some Catholic Religious Not Be Pro-Life in Their Voting?

The 2016 Democratic Party platform calls for taxpayer-funded abortion-on-demand, including a repeal of the Hyde Amendment, the often-cited federal provision that prevents some federal taxpayer dollars from paying for abortions. The platform also states the Democratic Party will “stand up for Planned Parenthood,” which killed more than 325,000 unborn human beings in 2013 and does trafficking in body parts of aborted babies.

A Catholic nun recently said she supports Hillary Clinton for president because she said Mrs. Clinton is “pro-life.” After this nun was told that Mrs. Clinton unequivocally supports Planned Parenthood (PP) – and abortion as a right – and that in 2013 alone PP killed more than 325,000 unborn children, the nun defended PP.

Bl. Pope Paul VI said that “the smoke of Satan has entered into the sanctuary.” Might not Catholic religious who support pro-abortion candidates be a huge example? Are they defying church teaching?

Can faithful Catholics – in good conscience – vote for someone who supports the destruction of innocent unborn children?

As Archbishop John J. Myers of the Archdiocese of Newark, New Jersey, wrote, “Certainly policies on welfare, national security, the war in Iraq, Social Security or taxes, taken singly or in any combination, do not provide a proportionate reason to vote for a pro-abortion candidate.” [bold added]

Fr. Joe Labak, pastor of Sacred Heart of Jesus Catholic Church in Wadsworth, Ohio, wrote, “If the right to life is not first and foremost then all of our other rights don’t amount to anything.”

Bishop Thomas Tobin of the Diocese of Providence, R.I., wrote: “I encourage faithful Catholics to vote pro-life – and never to vote for any candidate, of any party, who supports abortion. As Pope Francis has reminded us: 'It is not progressive to try to resolve problems by eliminating human life.'”

And so, HOW in good conscience can a faithful Catholic, especially a Catholic religious, vote for a pro-abortion candidate?

What evil exists greater than abortion?

What evil exceeds 55+ million Americans killed in the womb since 1973? Poverty? National security? Immigration? A poor economy? No. No evil is greater than killing innocent human life.

But is any candidate or party for poverty? For weak national security? For no immigration reform? Or, for a bad economy? Of course not. Both political parties are very concerned about these things. They just differ in how they would like to handle them. It's not like they are being ignored.

BUT, when it comes to the sacredness of human life from the moment of conception … there IS a big difference. Only ONE party's platform wants to protect the life of the unborn child: the Republican Party.

Every vote, including yours, is needed. Please vote pro-life! 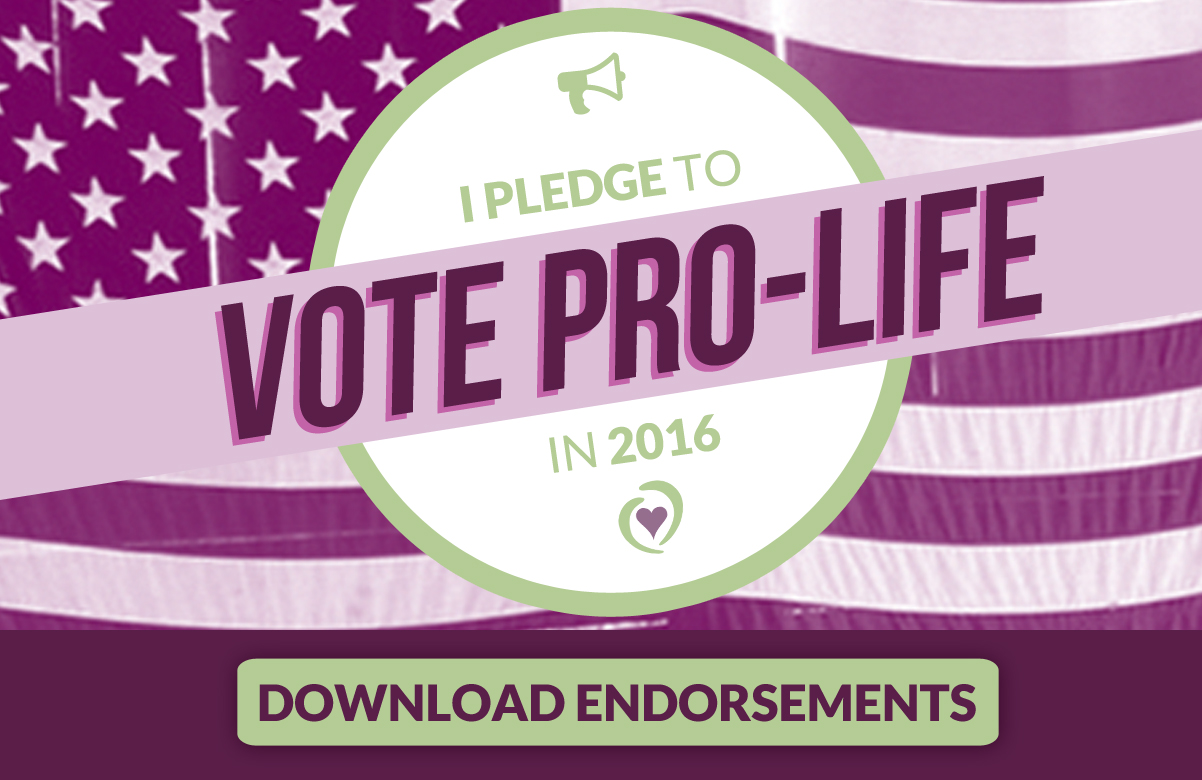 To learn more or to download comparisons, ballot cards and endorsements, visit our PAC website at ohiovotesforlife.org.