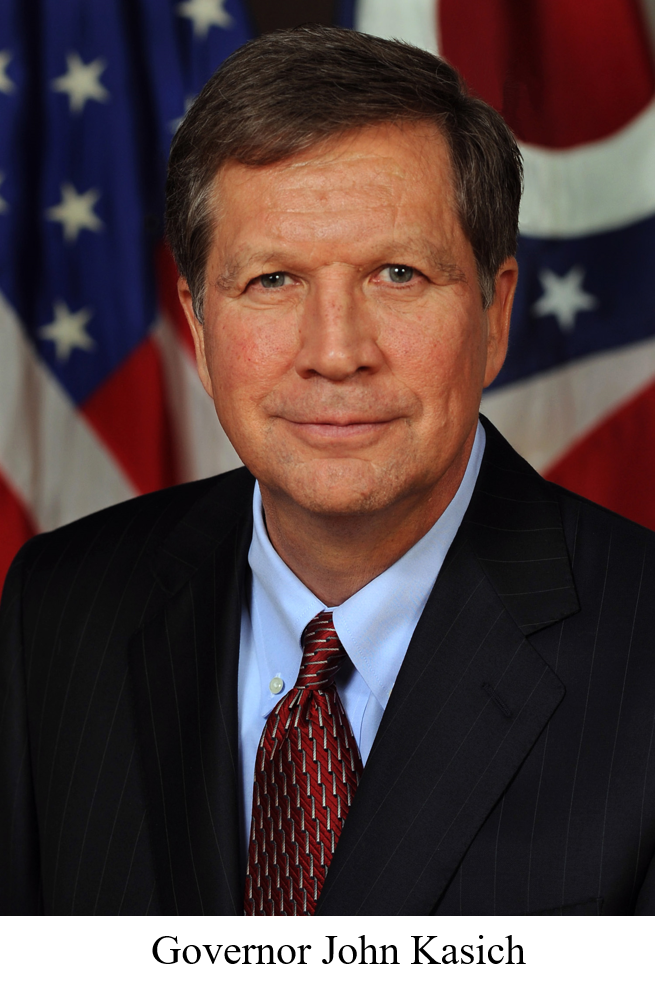 "Our team is proud to lead the way in our nation's extraordinary push to de-fund Planned Parenthood," said Mike Gonidakis, president of Ohio Right to Life. "On behalf of our statewide membership, Ohio Right to Life thanks Governor Kasich and the Ohio General Assembly for the enactment of this historic legislation. Without their compassion, our taxpayer dollars would continue to enable the decimation of thousands of unborn lives. With grateful hearts, we mark this week as the week the State of Ohio left the abortion industry."

House Bill 294 marks the seventeenth piece of pro-life legislation signed by Governor Kasich in the last five years. Included on that list are Ohio's Late-Term Abortion Ban, the Heartbeat Informed Consent Act, and funding for life-affirming pregnancy centers. Since Governor Kasich took office in 2011, abortions in Ohio have decreased 25 percent, and half of Ohio's abortion facilities have closed or stopped performing surgical abortions.

"Thanks to the pro-life leadership of Governor Kasich and his work with Ohio Right to Life, Ohio's abortion industry is shrinking," said Gonidakis. "As Planned Parenthood haggles over the hearts and brains of aborted babies, Ohio Right to Life is marking history with legislation that is both ethically consistent and fiscally responsible."

Ohio Right to Life thanks the following pro-life leaders and organizations for their support for H.B. 294:

Founded in 1967, Ohio Right to Life, with more than 45 chapters and local affiliates, is Ohio's oldest and largest grassroots pro-life organization. Recognized as the flagship of the pro-life movement in Ohio, ORTL works through legislation and education to promote and defend innocent human life from conception to natural death.
###
De-Fund Planned Parenthood John Kasich
Do you like this post?
Tweet