COLUMBUS, Ohio--Today, hearings began on Ohio Right to Life's Unborn Child Dignity Act (S.B. 28), legislation which would require the humane burial or cremation of unborn children following an abortion. The legislation also increases informed consent for women seeking abortions by giving them the option of burial or cremation. Senator Joe Uecker, who is the sponsor of the bill, spoke before the Government Oversight and Reform Committee in the Ohio Senate, asking his fellow senators to join him in protecting the dignity of human life. 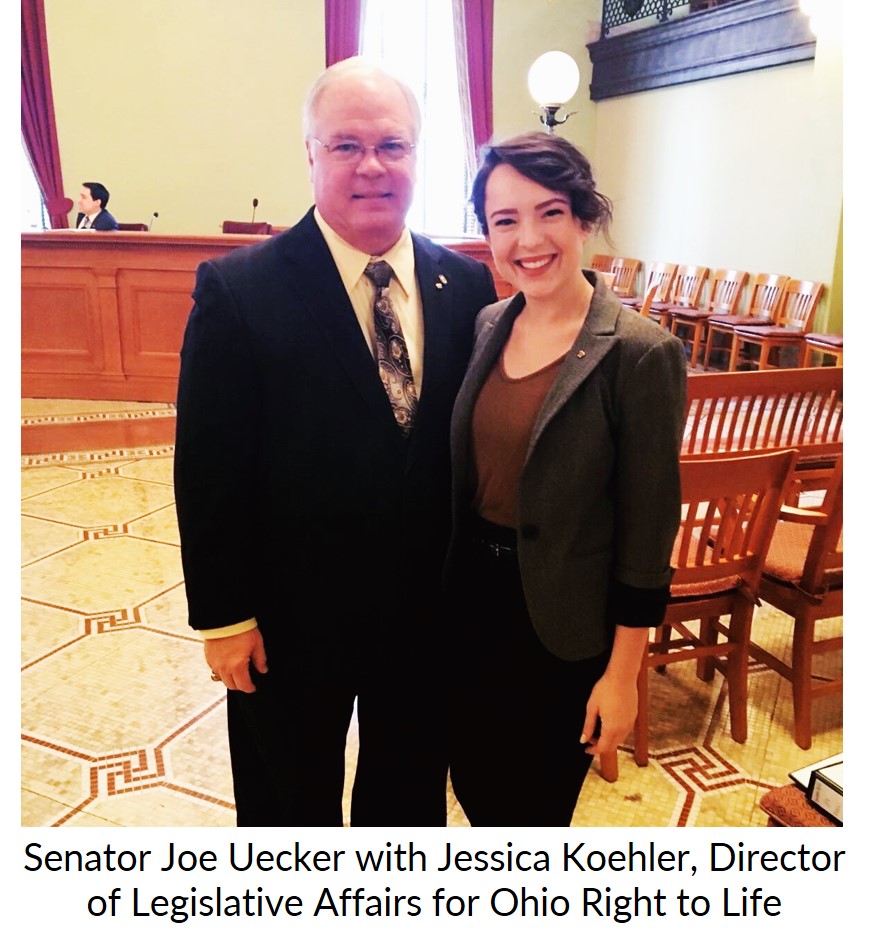 "Ohio Right to Life thanks Senator Uecker for his compassionate defense of abortion's victims," said Devin Scribner, executive director of Ohio Right to Life. "This legislation is critical to ensuring that unborn children aren't diminished to the status of trash, and that their intrinsic dignity is respected, even in death."

Similar legislation was originally introduced in 2015, after the release of viral undercover videos in which top officials at Planned Parenthood were caught discussing the trade of aborted baby body parts. Later, the Ohio Attorney General's office discovered that Planned Parenthood locations in Ohio contract with waste disposal companies that deposit the remains of aborted children in landfills.

"While abortion is an undignified, brutal act in and of itself, we must seek ways to mitigate its harm," said Scribner. "Children should neither be sold for their parts, or dumped in the trash. We look forward to the thoughtful advancement of this legislation through the Ohio Senate this Spring."

Founded in 1967, Ohio Right to Life, with more than 45 chapters and local affiliates, is Ohio's oldest and largest grassroots pro-life organization. Recognized as the flagship of the pro-life movement in Ohio, ORTL works through legislation and education to promote and defend innocent human life from conception to natural death.
###
Unborn Child Dignity Act
Do you like this post?
Tweet