This month, Planned Parenthood is attempting to undo what it calls its "complicated history" by highlighting 99 African Americans who the organization identifies as "dream keepers" - one dream keeper for each of its 99 years of existence. 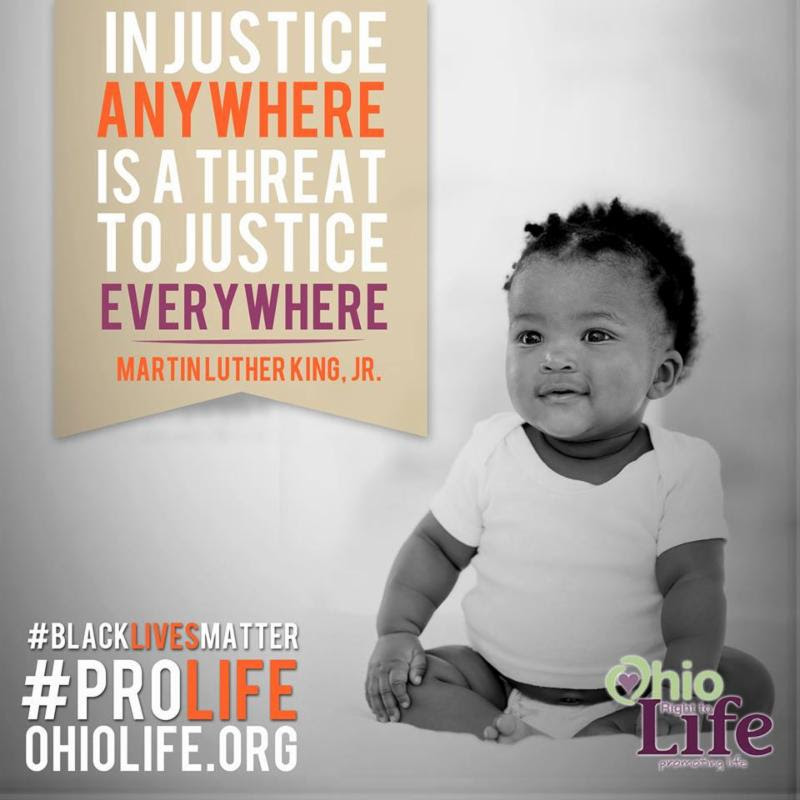 Let's consider that "complicated history" for a moment.

While Planned Parenthood focuses on the existence of 99 dream keepers in tandem with its own existence, let's consider the millions of black babies who do not exist because of it. Since 1973, approximately 13 million black babies have been killed by abortion. In Ohio, they are disproportionately aborted: 42 percent of abortions are performed on black women even though they make up just 12.5 percent of our population. And who profits but Big Abortion - Planned Parenthood and the rest of the abortion industry who pocket upwards of $2,000 per exploited woman and aborted baby.

"Injustice anywhere is a threat to justice everywhere."