This morning, new undercover footage from the Center for Medical Progress was released, showing abortionists from across the country discussing their brutal practices.

Since 2015, video after video has been released, exposing Planned Parenthood's illicit sale of aborted baby body parts and their callous attitude towards their victims.

This new footage is some of the worst yet.

Here are just a few excerpts of Planned Parenthood abortionists and others explaining what happens in an abortion in their own words:

We also need to keep fighting the abortion industry here at home. This spring, Ohio Right to Life announced groundbreaking legislation to combat these horrific practices. It's called the Dismemberment Abortion Ban. Only 7 states in the country have passed such legislation, and Ohio wants to be the next.

But we need your support. Will you tell Congress to de-fund Planned Parenthood, sign our petition to pass the Dismemberment Abortion Ban and forward this email to two friends, asking them to do the same?

We have to stand up to this brutality. If we don't, who will? 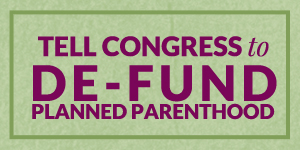 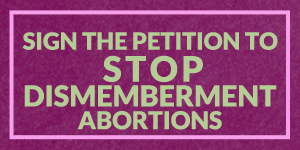