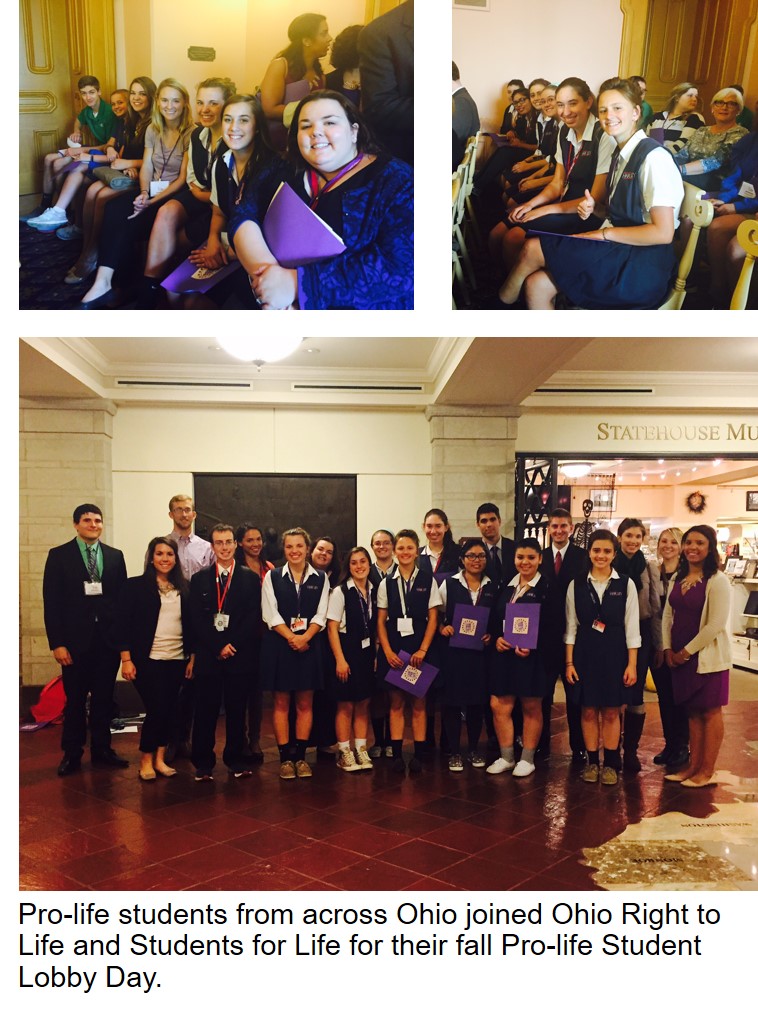 "As Planned Parenthood officials negotiate the dollar amount they can put on aborted babies' livers, hearts, lungs and brains, our legislation to de-fund Planned Parenthood and to protect pain-capable babies are more linked than ever," said Stephanie Ranade Krider, executive director of Ohio Right to Life. "Our elected leaders' willingness to take initiative and protect pain-capable babies from being dismembered shows a strong response to this summer's horrific revelations."

"It is incumbent upon Ohioans to show compassion for the vulnerable and pose a sharp contrast to the inhumane and callous attitudes of Planned Parenthood officials," said Krider. "Ohio Right to Life sincerely thanks Chairman Tim Derickson for beginning hearings on these critical public policies. We look forward to continuing to work with House leadership to bring an end to the abortion industry's stomach-turning profiteering."

Ohio Right to Life encourages its members to send a letter of support to their representatives using their Legislative Action Center at ohiolife.org.

Founded in 1967, Ohio Right to Life, with more than 45 chapters and local affiliates, is Ohio's oldest and largest grassroots pro-life organization. Recognized as the flagship of the pro-life movement in Ohio, ORTL works through legislation and education to promote and defend innocent human life from conception to natural death.
###
Ohio General Assembly Pain-Capable Abortion Ban De-funding Planned Parenthood
Do you like this post?
Tweet