Bill aims to protect babies diagnosed with Down syndrome from abortion

COLUMBUS, Ohio--Today, the Ohio House overwhelmingly approved Ohio Right to Life's Down Syndrome Non-Discrimination Act (H.B. 214), 63-30, legislation which would prohibit abortions from being performed for the sole reason of a Down syndrome diagnosis. The legislation is sponsored by Representatives Sarah LaTourette (R-Chesterland) and Derek Merrin (R-Monclova Township).

“Ohio Right to Life commends the Ohio House for taking a stand against this devastating practice,” said Mike Gonidakis, president of Ohio Right to Life. “Today's vote is a vote against modern-day eugenics, plain and simple. After seeing the horrors of eugenics play out in the 20th century, it is appalling that this legislation is even up for debate. While aborting a human child is always wrong, we should all agree that there is something particularly egregious about targeting babies with disabilities for destruction." 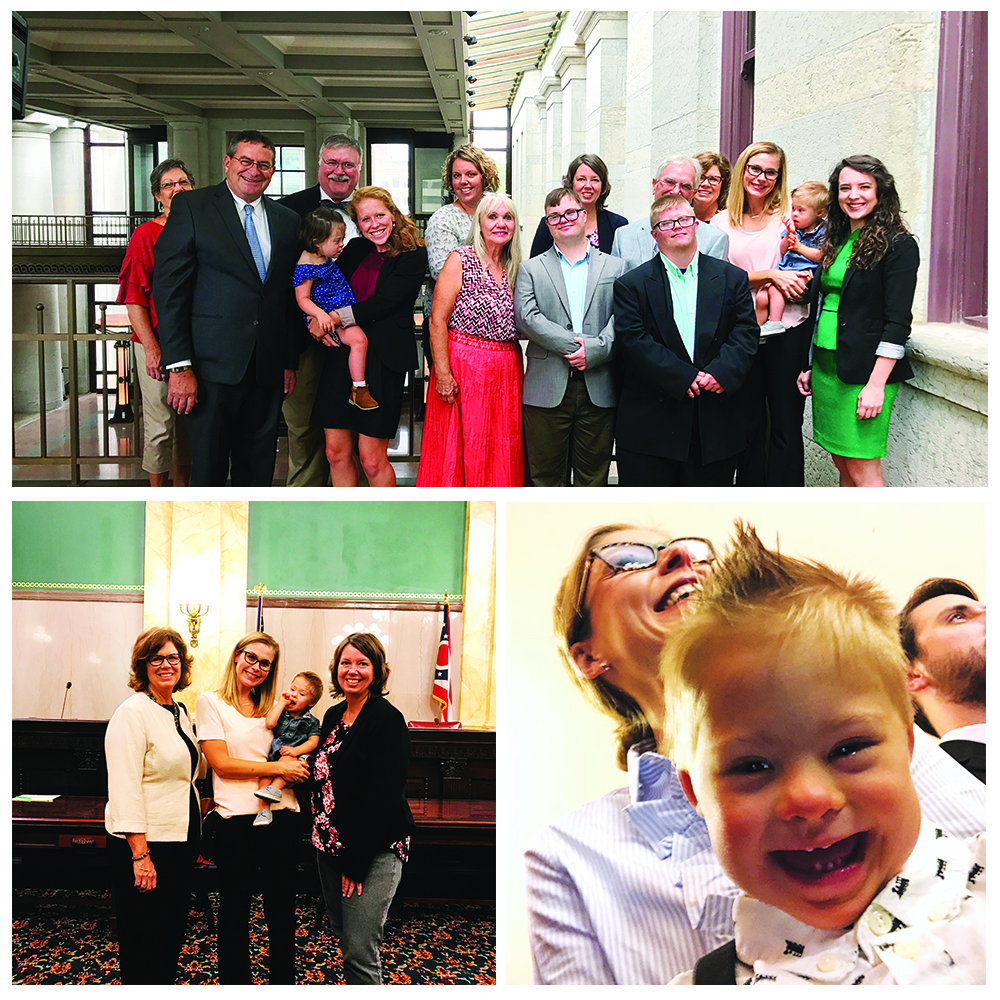 Since June, multiple Down syndrome advocates have testified before House and Senate committees in favor of the legislation. Around the world and here in America, unborn babies diagnosed with Down syndrome are disproportionately aborted. Recent news reports have revealed these alarming trends in European countries like Denmark where 98 percent of babies with a positive diagnosis are aborted and in Iceland where 100 percent are aborted. Last week, advocate Frank Stephens, who has Down syndrome, testified before Congress, referencing such reports and saying, "I am a man with Down syndrome, and my life is worth living."

“These disturbing trends challenge us with the opportunity to be better,” said Gonidakis. “With this knowledge, we have an obligation to protect our friends with Down syndrome, not only because they can teach us to be a more loving and empathetic society, but because they, like all of us, are endowed with the fundamental right to life. With this legislation, Ohio is paving the way for a society that stands up to discrimination and defends the most vulnerable among us."

H.B. 214 has companion legislation (S.B. 164) in the Ohio Senate. The bill is sponsored by Senator Frank LaRose (R-Hudson) and has already received three hearings. Ohio Right to Life asks its members to sign its petition to pass the Down Syndrome Non-Discrimination Act. Click here to take action now.