Legislation will save nearly 3,500 babies from dismemberment each year

COLUMBUS, Ohio--Today, the Ohio Legislature approved the Dismemberment Abortion Ban (S.B. 145), sending the groundbreaking pro-life legislation to Gov. John Kasich for his signature. The Ohio House voted 62-27 in favor of the ban and the Senate concurred by a vote of 23-9. Dismemberment abortion, otherwise known as dilation and evacuation (D&E), is a procedure in which the abortionist first dilates the woman’s cervix and then uses steel instruments to dismember and extract the baby from the uterus. In 2017, the Ohio Department of Health reported nearly 3,500 D&E abortions in the state of Ohio. 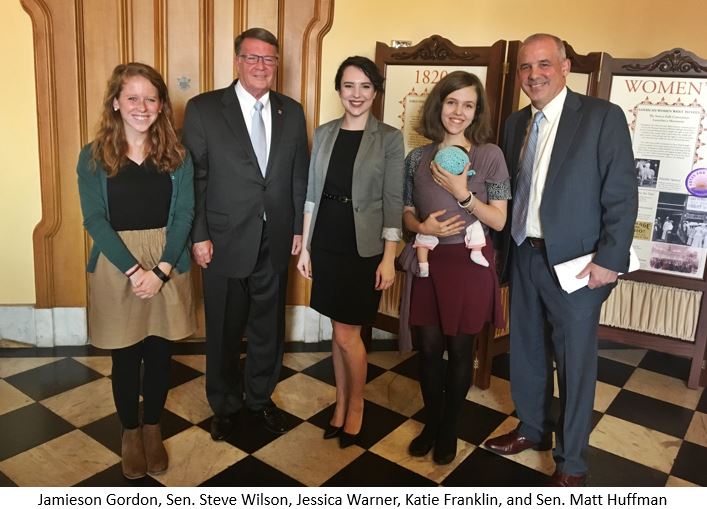 “Ohio’s pro-life Legislature has taken a courageous stance today,” said Mike Gonidakis, president of Ohio Right to Life. “No longer will the barbaric abortion procedure of ripping a child limb from limb be tolerated in Ohio. This practice is horrific and with today's vote Ohioans through their elected representatives have saved countless unborn babies from this torture.”

The Dismemberment Abortion Ban is being heralded by Ohio Right to Life as the next step in the national strategy to end abortion. This bill could soon become the newest addition to the 20 pro-life initiatives Ohio Right to Life has seen enacted since 2011. The Dismemberment Abortion Ban now only requires the governor’s signature in order to become state law.

“Ten years ago, the Supreme Court established the precedent for this legislation in Gonzales v. Carhart, when it upheld the federal Partial-Birth Abortion Ban,” said Gonidakis. “The precedent is there and we’re thrilled to see the Ohio Legislature follow the Court’s lead. We’re grateful for the sponsors, Senators Matt Huffman and Steve Wilson, and Senate President Larry Obhof and Speaker Ryan Smith for their leadership on this issue."

The Dismemberment Abortion Ban has been enacted in nine states, not including Ohio, and introduced in 17 other states in the past three years.