This week, CBS News reported the disturbing fact that 100% of women in Iceland who received a Down syndrome diagnosis for their unborn babies in the past few years decided to have an abortion.

In 2015, Ohio Right to Life began advocacy for the Down Syndrome Non-Discrimination Act, legislation which would prohibit abortions from being performed for the sole reason of a Down syndrome diagnosis. This summer, we saw the legislation reintroduced in both the Ohio House and the Ohio Senate. 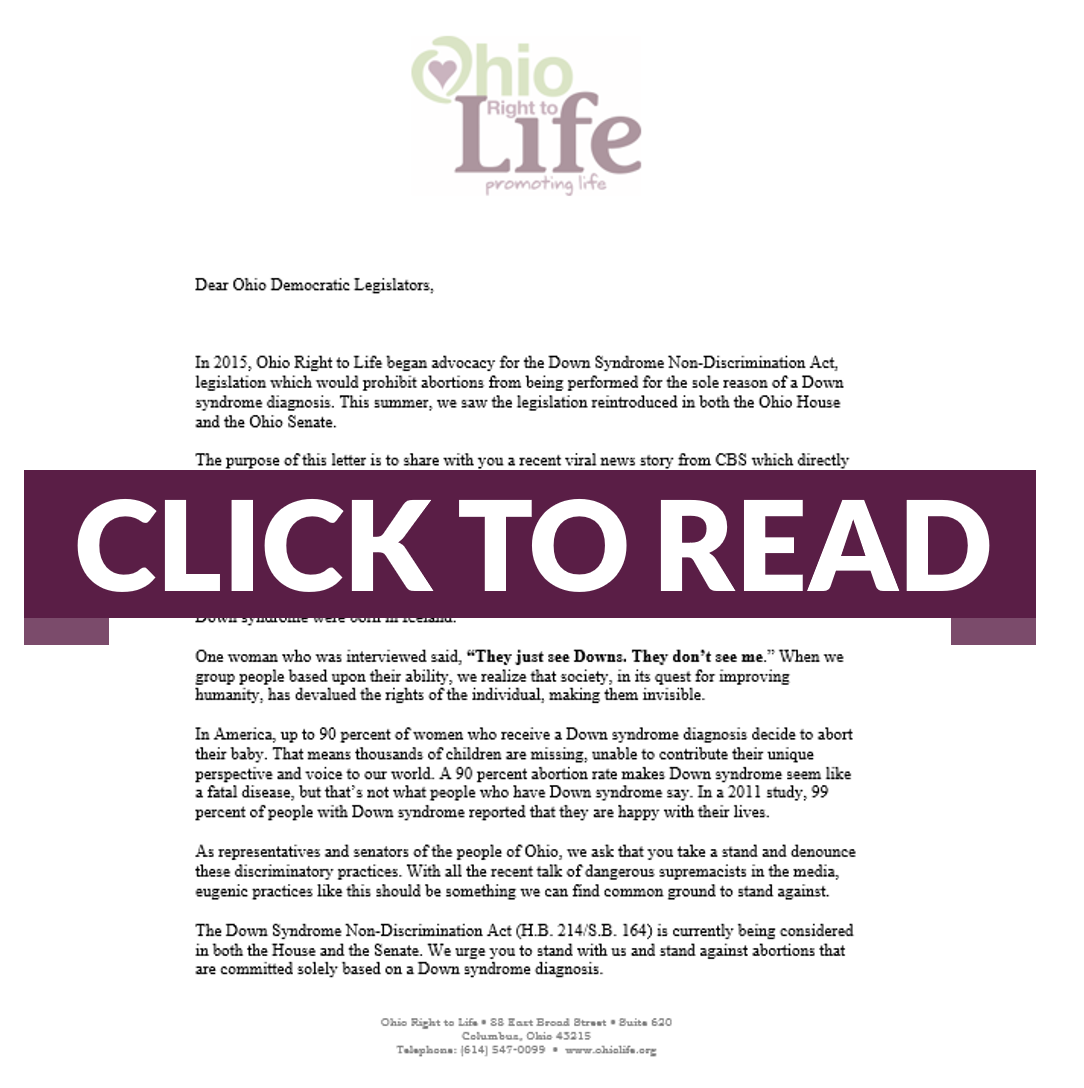 We are hopeful that the Democratic legislators will join us in decrying the eugenic practices that have taken the lives of an alarming number of unborn babies with Down syndrome.

It is unconscionable that a practice like this remains legal in modern America. This practice is a picture of our world today: A place where the Special Olympics is celebrated, but simultaneously, we encourage women who get a diagnosis of a possible abnormality to abort her baby.

If diversity, inclusion and compassion mean anything in 21st century America, we will pass this legislation and stand up for our friends with disabilities, born and unborn. 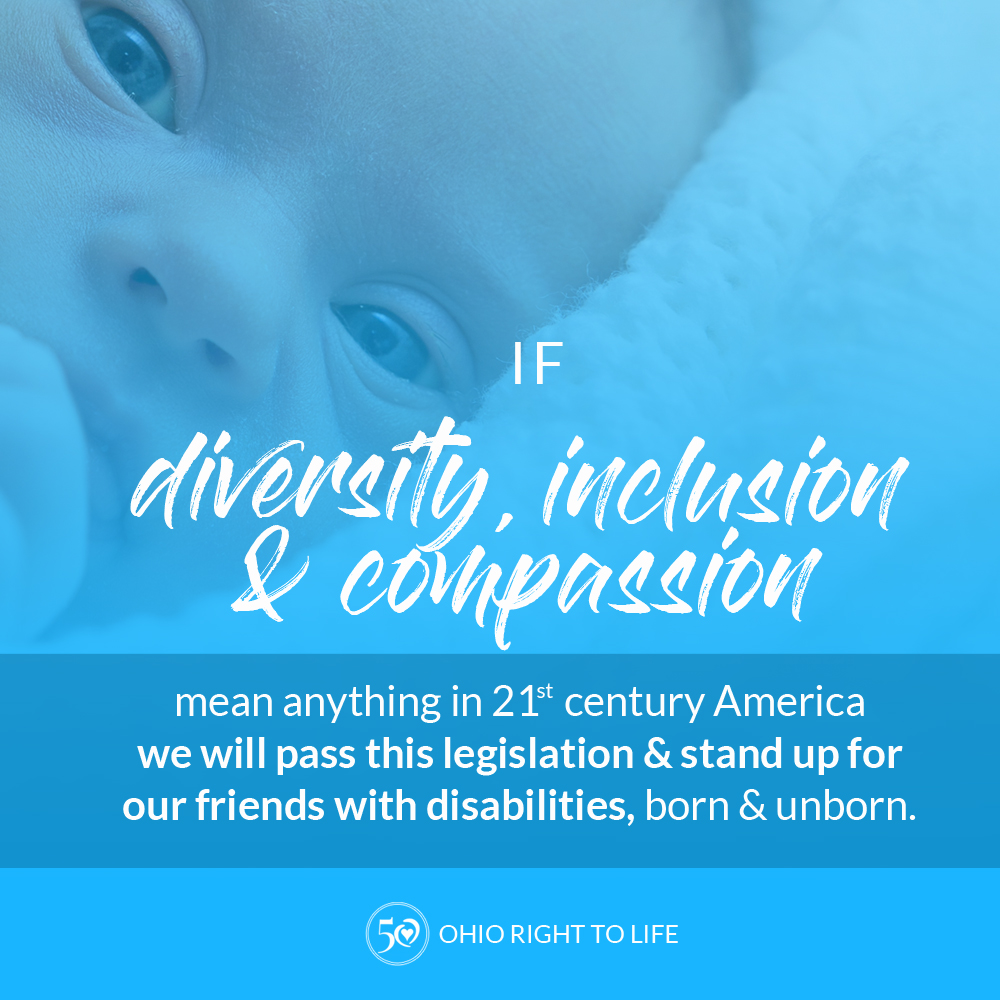