CLEVELAND, Ohio—This week, Ohio Right to Life launched digital billboards in Cleveland, highlighting the more than 100,000 abortions that have taken place in Cuyahoga County in the last ten years. The billboards have been placed on E. 14th St. and Carnegie Ave. near the Wolstein Center where Sia is to headline a pro-abortion concert this Saturday. 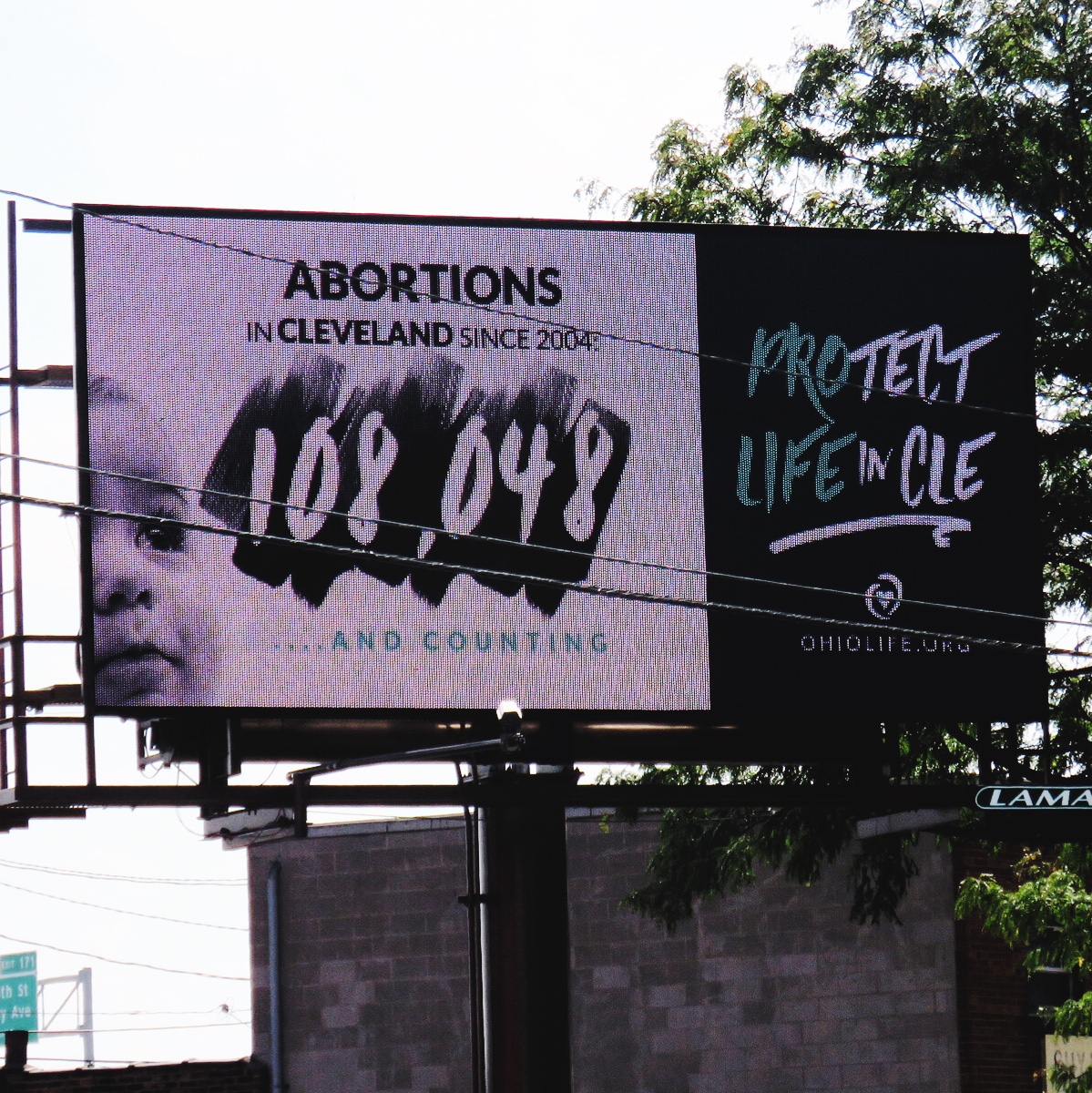 "We believe it is abundantly important to take a stand for human life in Cleveland," said Devin Scribner, executive director of Ohio Right to Life. "Sadly, for several years now, Cuyahoga County has ranked as Ohio's abortion capital, witnessing more abortions than any other county in the state. We find it appalling that the abortion lobby would bring more destruction to this city under the guise of pop culture."

“There's a clear and tragic disparity in the number of African American babies who are aborted in Cleveland," said Scribner. "We are hopeful that our billboard campaign will raise awareness about the abortion crisis in Cleveland and plant a seed of hope and life among attendees at Saturday's concert."

On Saturday, pro-lifers from across the state and country will gather at the Wolstein Center in Cleveland to protest the event. Ohio Right to Life urges pro-lifers to join the protest this Saturday at 5pm. Click here to RSVP to Students for Life's Facebook event, Women Betrayed: All Access 2016.