COLUMBUS, Ohio--Today, Ohio Right to Life delivered a letter to The Ohio State University, requesting a meeting with the president, Michael Drake, and the Dean of Moritz College of Law, Alan Michaels. The letter comes in light of ongoing threats made to a second-year law student, Madison Gesiotto, regarding an article she recently wrote for The Washington Times. The article, which discusses the disproportionate number of African American babies who are aborted, has been the subject of much hostility on campus and online. Upon receiving the threat, Ms. Gesiotto requested a meeting with Michaels. Ms. Gesiotto reports that the focus of the meeting was on the content of her work rather than the threat made against her. 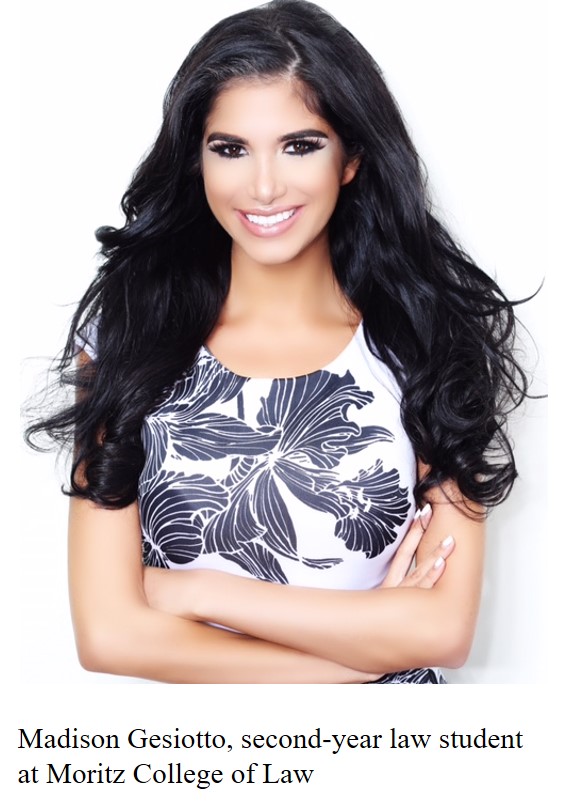 "Any threats made to students should be taken seriously, not callously tossed aside," said Mike Gonidakis, president of Ohio Right to Life. "It's alarming not only that Madison is being treated as an outcast by her peers, but also by some of her school's administration. In an age when academia boasts 'inclusion' and 'diversity,' the school's admonishment of Madison's beliefs rather than of those who seek to exclude her is hypocritical and perilous to the practice of First Amendment rights on campus."

The goal of Ohio Right to Life's letter to President Drake and Dean Michaels is to arrange a meeting to discuss how students' rights can be secured on campus. According to Ms. Gesiotto, Dean Michaels and two other deans met with her in October, not to discuss the threat made against her, but to address the following:

"The administration should know that it's alienating and potentially endangering a good percentage of its students, as roughly half of the country identifies as 'pro-life,'" said Gonidakis. "Regardless of what a student believes, a taxpayer-funded institution like Ohio State must prioritize her right to express herself. These recent events should concern every parent and every OSU student who wants an education that fosters diversity in belief."

Founded in 1967, Ohio Right to Life, with more than 45 chapters and local affiliates, is Ohio's oldest and largest grassroots pro-life organization. Recognized as the flagship of the pro-life movement in Ohio, ORTL works through legislation and education to promote and defend innocent human life from conception to natural death.
###
Ohio State University Students for Life Pro-Life Generation
Do you like this post?
Tweet