In December, Governor John Kasich signed Ohio Right to Life's Pain-Capable Unborn Child Protection Act, protecting 20-week pain-capable babies from the sting of abortion. Today, the Pain-Capable law takes effect in Ohio without one lawsuit from Planned Parenthood, the ACLU, or any of the other abortion facilities in the state! 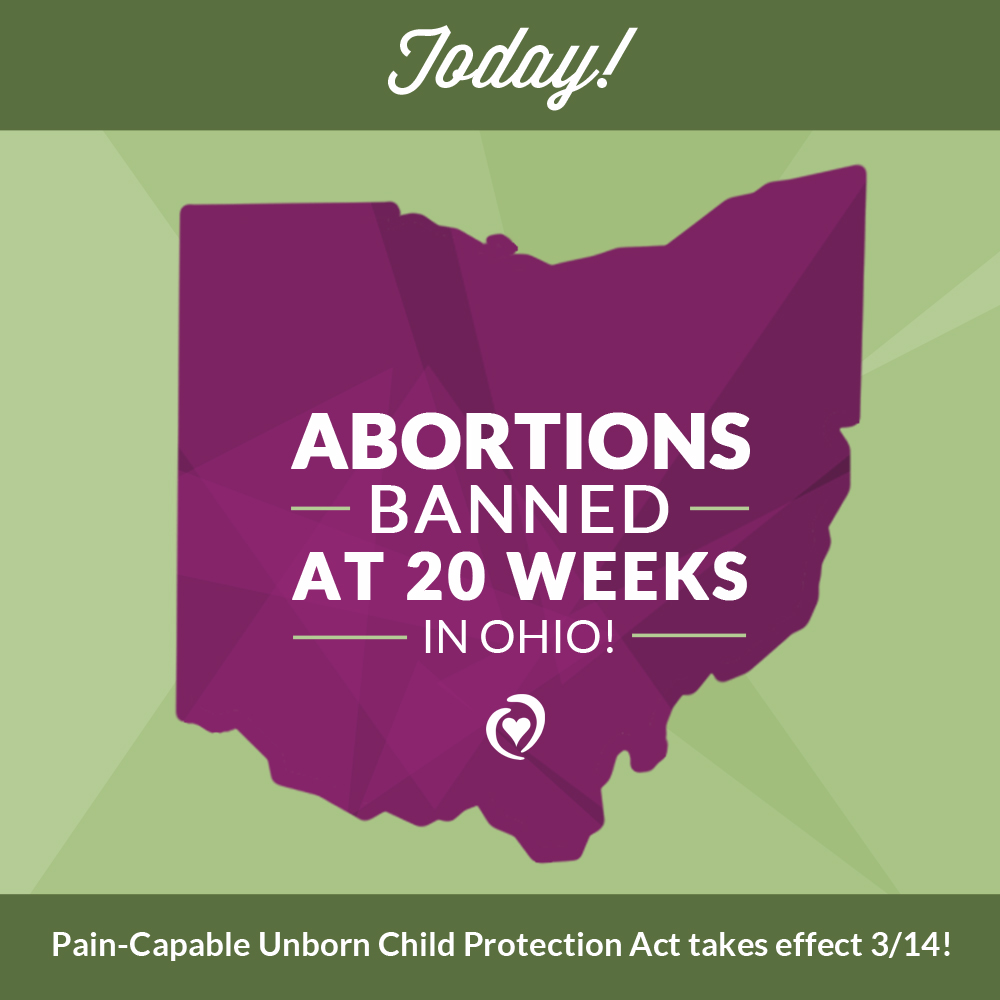 Not only will our new law save hundreds of lives in our state, it is also part of a broader national strategy that will save thousands!

Sadly, the broader United States remains one of only 7 countries, including North Korea and China, where abortions are permitted after 20 weeks. Now, Ohio is one of 16 states that is leading our country out of the darkness, away from this archaic practice.

The Pain-Capable Unborn Child Protection Act is a critical step in the national pro-life movement's incremental effort to end abortion-on-demand. With this law, Ohio now stands outside of the archaic framework set up in Roe v. Wade, protecting unborn children just before the court-mandated 24 weeks.

Today, as our law takes effect, we are hard at work on the next set of laws that will scale back abortion-on-demand. At the top of the list is the Dismemberment Abortion Ban, legislation which would ban brutal dilation and evacuation abortions, nearly 3,000 of which occurred in Ohio in 2015.

As you know, we still have so much more to do. But every step we have taken to fight the abortion industry in the last six years has delivered real results.

Since 2010, abortions have dropped 25 percent—that amounts to 7,000 lives saved from abortion! In that same time, we have witnessed half of the state’s abortion facilities close or curtail their services.

Together with our statewide affiliates, life-affirming pregnancy centers, sidewalk counselors, and countless other pro-life activists and advocates in our state, we have ensured that life is winning in Ohio!

As our Pain-Capable law takes effect today, we thank you for your faithful support and ask you to continue to pray for our efforts to fight abortion in Ohio! Together, we are winning!