Parents on Down syndrome: Compassion wins

Two parent perspectives on Down syndrome have been bouncing through my social media feeds this week: One, a father's letter to his daughter on her wedding day; the other, a mother who says she would have aborted her daughter with Down syndrome.

By now, I've seen Paul Daugherty's letter to his daughter Jillian shared across mainstream news outlets, as well as right- and left-leaning ones. Since I first read his letter late last week, I have seen it shared across Facebook and Twitter, adorned with glowing if not tearful reviews of the beautiful letter.

But the latter? Hardly a peep.

Certainly I've seen it in my queue of pro-life news, but it has nowhere near the viral standing of Mr. Daugherty's letter--at least not on its own merits.

The former picked up almost instantaneous speed, while the other has fizzled at Yahoo! Parenting, getting most of its steam from pro-life, conservative, and pro-abortion news outlets. (And here it is again--on another pro-life blog.)

Upon reading his letter, I went to Amazon to order his book, An Uncomplicated Life--the complete story of Jillian Daugherty, her will, her passion, and her light. It is every bit as compelling, raw, and inspiring as the now viral letter. 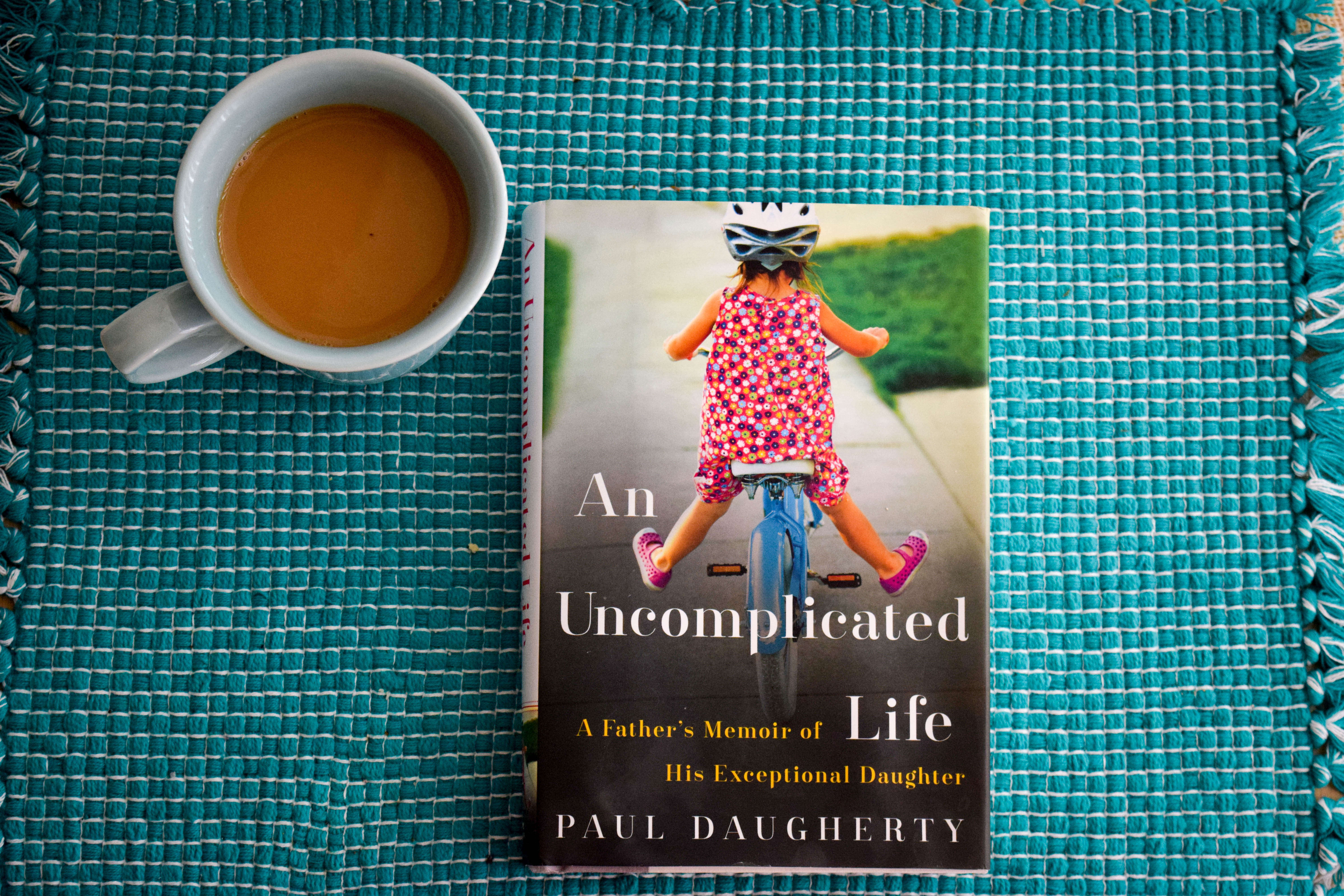 Commenting on Ohio's Down syndrome abortion ban, Ms. Lavine writes, "This is an issue that hits close to home for me: If I had had a prenatal diagnosis, I would have obtained an abortion. Today, I am beyond grateful that I didn’t. But I cannot ever in any circumstances imagine insisting others not have that right."

There are certainly many ethical flaws with this line of reasoning, but I would prefer to address this statement by asking a question: What kind of world we are striving for? Not, "What kind of laws or policies should we should have?"--but what kind of world are we striving for? Are we striving for a just, loving, peaceful society where we respect our children as human beings from the moment of their conception? Or one where might makes right? One where abortion is unthinkable--or one where it is a norm?

The argument for aborting those with disabilities is external to the circumstance of pregnancy--a child with Down syndrome has Down syndrome just as much after birth as she does before. And we cannot deny that the reason for aborting the child before birth is who they will be after birth. If applied consistently across the whole spectrum of a disabled person's life after birth, the arguments would surely be met with a horrified revolt by the American people. So why not before birth?

I'm not so sure that it wouldn't. As Charles Comosy says, "I’ve never met a pro-choice person who isn’t horrified that the abortion rate for Down syndrome children is 85 percent, especially when they learn that they lead happy and full lives."

The people who are spreading the Daugherty letter far and wide are probably a collection of souls, pro-life and pro-choice alike, who simply see something beautiful about a woman with a disability beating the odds and leading the happy full life that is in fact typical of those with Down's. This is the kind of world we should be striving for--one that cheers human life forward towards fulfillment.

Ohio Right to Life's Down Syndrome Non-Discrimination Act stands as a guidepost for that kind of world. It stands as a reflection of and an usher for the kind of society we want to foster.

Paul Daugherty describes his daughter as "a soul map of our best intentions." People like Jillian are undoubtedly teaching us to be better; to be kinder, more empathetic, more understanding, more generous, and more hopeful human beings. If we eliminate soul maps like her, where are we? Who are we?

As Mr. Daugherty says, "We are only as good as we treat each other."