This week, Planned Parenthood formally announced what we pro-lifers already knew about the abortion giant’s agenda: they would choose abortion above healthcare, at all costs. With the new Title X requirements mandating that the family planning funds not be utilized by clinics that commit or refer for abortions, Planned Parenthood has refused to comply and will forfeit the very money they claim means life or death for women and their healthcare needs. According to pro-abortion talking points, this loss of care would prove disastrous to women

In Ohio however, we know that will not be the case. After we successfully defunded Planned Parenthood this spring, the claims hit a fever pitch: Ohioans would become suddenly exposed to a deadly loss of care. Despite this doomsday prediction, Planned Parenthood continues to operate,dipping from their private reserves instead of relying heavily on massive government grant dollars. 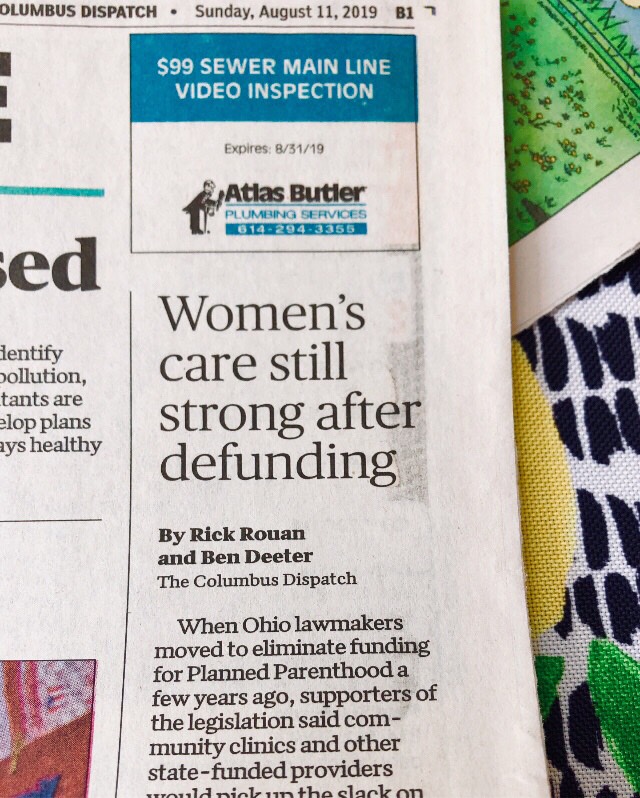 A recent article by the Columbus Dispatch further debunks Planned Parenthood’s doomsday predictions. It quotes Planned Parenthood of Southwest Ohio’s President, who admits that, “At the end of the day, we are still providing these services.” The article also highlights a point rarely brought up by the pro-abortion crowd: defunding Planned Parenthood didn’t and won’t jeopardize women’s health. On the contrary, it allows Ohio to reroute funds to other qualified providers like the Cleveland Clinic, while keeping Planned Parenthood from growing their abortion business with fungible taxpayer money.