On July 14, The Center for Medical Progress, a group of pro-life investigative journalists, began releasing videos of Planned Parenthood executives negotiating the sale of aborted baby parts. This campaign is putting a national spotlight on Planned Parenthood’s unethical practices and pushing the corporation to play defense, hire a public relations firm and smear the work of pro-life advocates everywhere to retain some sense of value in the public eye.

The following is critical information regarding Planned Parenthood’s operation and what is being done in response to these videos. 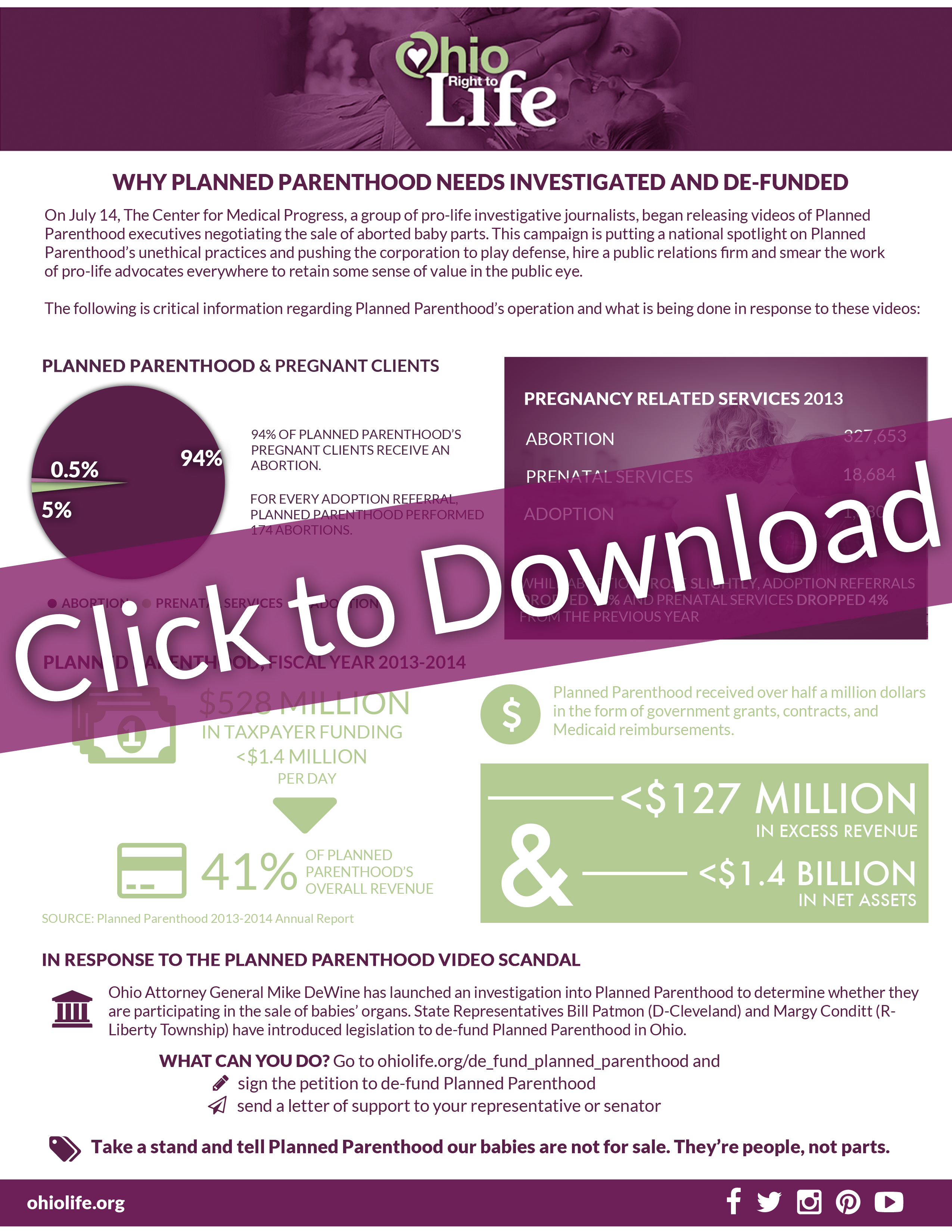 SEND a Letter of Support to Your Representative or Senator