On Monday, Ohio Attorney General Dave Yost filed a joint motion with the U.S. Supreme Court in an effort to keep Title X funds from being used to pay for abortions. Title X funds are designed to support family planning and are currently prohibited from being used to pay for abortions. An executive memorandum by President Biden indicates however, that he will throw out the pro-life protection in Title X and allow abortion to be funded through the program.

We applaud our pro-life AG for standing strong for the conscience rights of Americans and leading the fight to protect the lives of vulnerable unborn babies.

On Tuesday, Senators Kristina Roegner and Sandy O’Brien introduced S.B. 123, the Human Life Protection Act. This legislation, spearheaded by Ohio Right to Life, would ban all abortions in Ohio if and when the United States Supreme Court overturns Roe v. Wade. 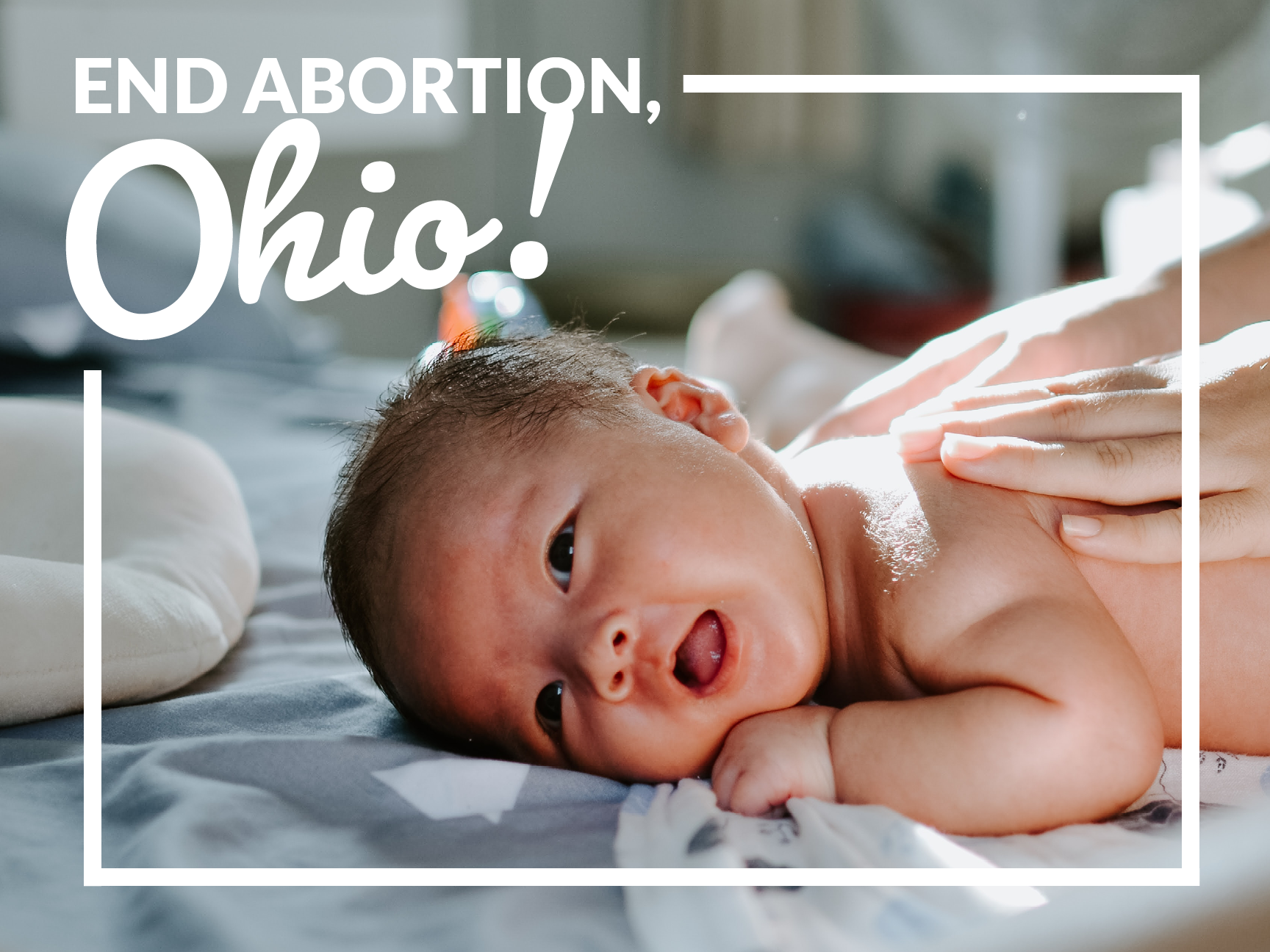 The Human Life Protection Act would apply felony penalties for abortionists while also providing immunity for women upon whom illegal abortions are performed. It would also allow for wrongful death civil action against a physician or anyone who performs an abortion.

Since Roe v. Wade was decided in 1973, an estimated 62 million abortions have been committed in the United States. Last year, 20,102 unborn children lost their lives to legalized abortion in Ohio.

Due to the pro-life majority on the United States Supreme Court and the many legal challenges to Roe v. Wade that are advancing through the court system, S.B. 123’s passage is all the more urgent. Since it is unlikely to be challenged in court, it would be able to immediately go into effect, while other legislation that had been previously passed and enjoined would need to file a case to overturn the injunction, which would take some time.

Ten other states have enacted legislation similar to the Human Life Protection Act and are all currently in effect. Going forward, the passage of this legislation will be a priority for Ohio Right to Life.

Ohio Right to Life first began working on the Unborn Child Dignity Act in 2015, when we first introduced it with former Ohio Senator Joe Uecker. This bill came about largely due to then Attorney General Mike DeWine’s investigation of Planned Parenthood's treatment and disposal of unborn babies' aborted remains. That investigation revealed that aborted remains from two Planned Parenthood facilities were found in Kentucky medical waste landfills. Due to the weak language in Ohio law, which only stated that the remains are to be disposed of "humanely,” with no definition of what that means, Planned Parenthood could not be prosecuted.

Given that the U.S. Supreme Court ruled in favor of a similar Indiana law in 2019, it is our sincere hope that the Unborn Child Dignity Act will ultimately be upheld. Regardless, we will never stop fighting to hold Planned Parenthood and their abortion allies accountable for their blatant disregard for innocent human life.

To read Ohio Right to Life’s statement on the lawsuit, click here.

On Monday, Columbus City Attorney Zach Klein charged four pro-abortion protestors who invaded a local church service during a Remembrance Mass on January 22nd at St. Joseph’s Cathedral. The mass was being held to mourn the 62 million unborn children who have lost their lives to abortion since Roe v. Wade legalized abortion nationwide in 1973.

The pro-abortion protestor menaced mass attendees, yelling vulgarities and pro-abortion chants during the peaceful church service at which families and young children were present. Four of the protestors have been charged with Disorderly Conduct, and Criminal Trespass and one has been additionally charged with Criminal Damaging.

The pro-life movement is based on the idea that every human life should be respected, and that love has the power to transform our world. It is telling that even Columbus’s pro-choice attorney recognizes that this incident necessitates legal action. Please keep these legal proceedings and everyone involved in your prayers. It is difficult to imagine the magnitude of pain and turmoil which would drive these protestors to such an action.