Pro-abortion costume party at the Statehouse 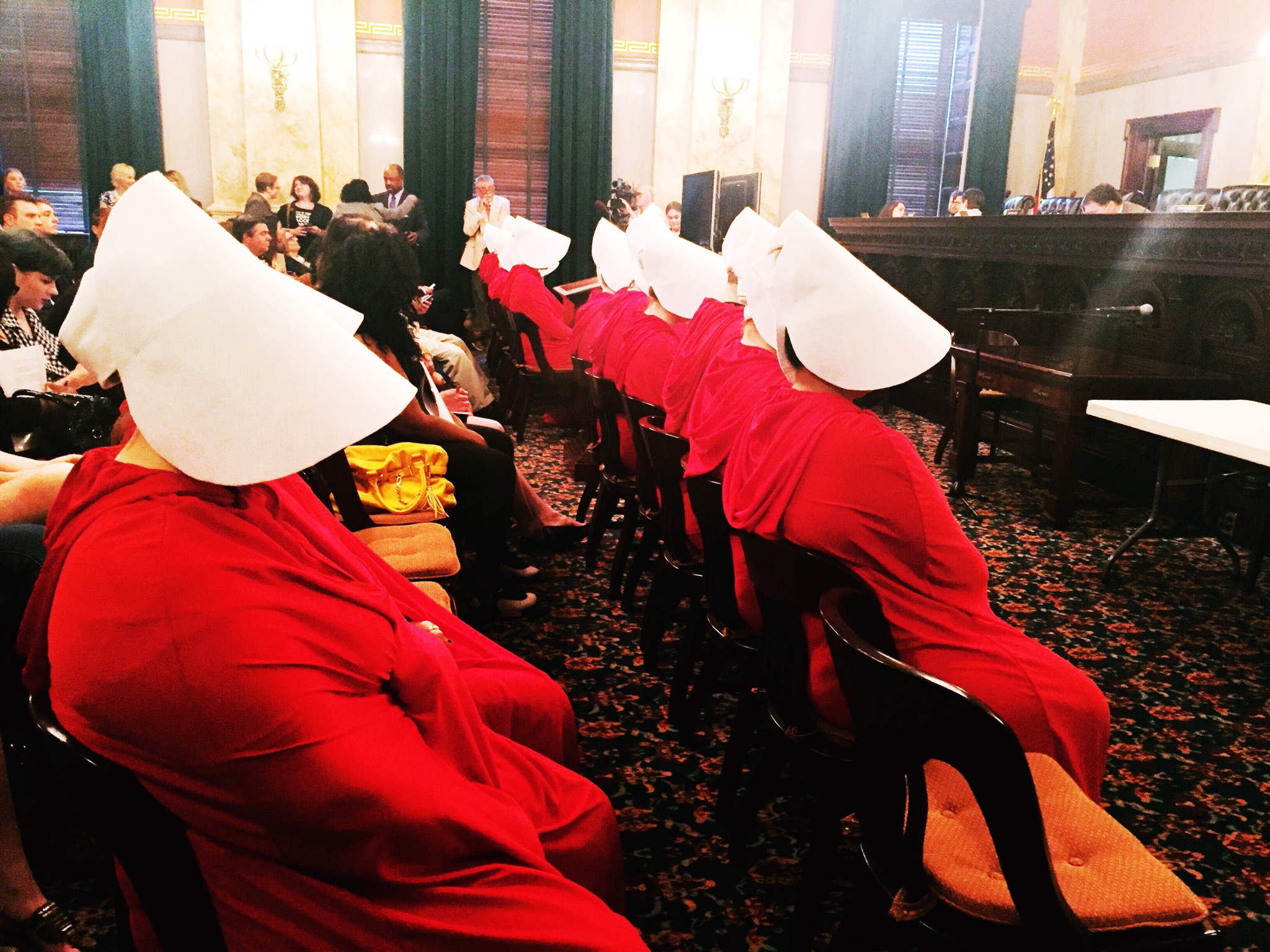 With the first hearing on Ohio's Dismemberment Abortion Ban, NARAL and Planned Parenthood pulled their troops together for a costumed sit-in at the Ohio Statehouse. Their costumes—red cloaks and white cone-shaped bonnets—are from the 1985 book and modern show, "The Handmaid's Tale." The story is a dystopian drama that focuses on the oppression of women in a theocratic dictatorship.

Yes, their protest was on the tin-foil-hat/apocalyptic side. Their sideshow didn't look like sensible, thought-provoking activism. It looked like the gathering of a bizarre cult.

If anything, Tuesday's pro-abortion display shows why the pro-life movement is winning in Ohio. The abortion lobby still hasn't figured out that weird pro-abortion exploits like this don't win elections and don't change minds—especially when the practice you are defending is the dismemberment of small, innocent children.

Despite the tone-deaf demonstration, our bill sponsors, Senators Matt Huffman (R-Lima) and Steve Wilson (R-Maineville), were able to initiate an important conversation on the barbarity of dismemberment abortions, launching us into what is sure to be a series of meaningful hearings on this legislation.

TAKE ACTION>>> Support this legislation now by sending a letter to your State Senator using our Legislative Action Center!

Tuesday, Senator Frank LaRose (R-Hudson) introduced Ohio Right to Life's Down Syndrome Non-Discrimination Act in the Ohio Senate. The bill is companion legislation to a bill sponsored by Representatives Sarah LaTourette and Derek Merrin in the Ohio House. The legislation would prohibit abortions from being performed for the sole reason of a Down syndrome diagnosis.

Ohio Right to Life thanks Senator LaRose for his leadership on this important legislation!

TAKE ACTION >>> To send a letter of support for the Down Syndrome Non-Discrimination Act to your Senator, click here now!

This week, the Senate announced that it is including $200,000 in TANF funds for pregnancy centers in the 2018-2019 State Budget. While we’re still pushing for it to be funded at the full amount it was previously funded, we are grateful for this inclusion during a season where many programs are facing even more drastic cuts.

As the budget is finalized over the next two weeks, we urge you to call your State Senator, thank them for including the Program in the budget, and ask them to increase the funding to the full amount it was previously funded. To learn more about the Ohio Parenting and Pregnancy Support Program, click here.