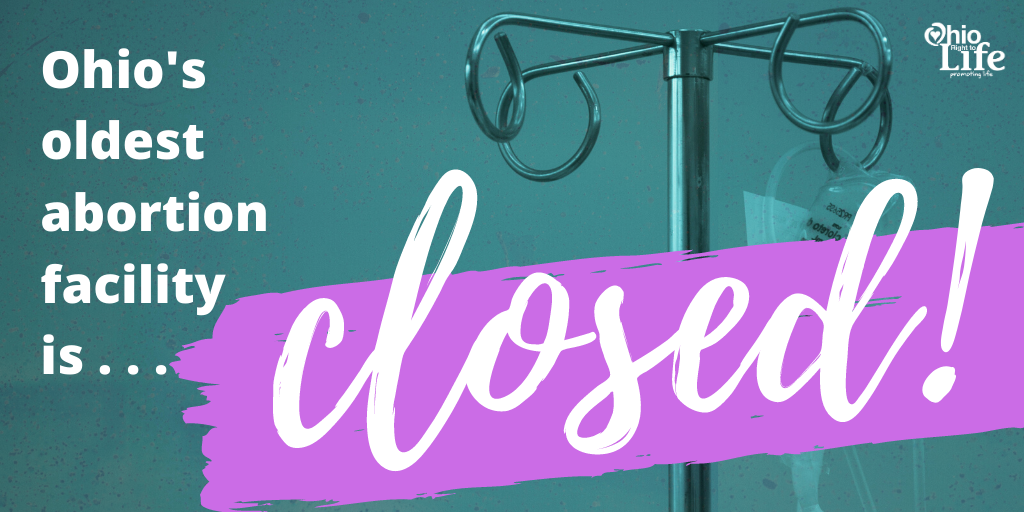 This month has brought great news for Pro-Life Ohio! Last week, Ohio’s oldest and longest operating abortion facility has closed after more than 40 years of committing abortions. Founder's, which first opened in 1973, was deeply unsafe- both for the countless unborn children killed there and for the women on which the abortions were performed. Over the years, Ohio Department of Health inspections have revealed numerous health and safety violations at Founder’s, including operating tables that gave women electric shocks when plugged in and medications that had expired available for patient use. Thanks to the hard work and prayers of Pro-Life Ohio, however, Founder’s will no longer hurt women and end the lives of innocent babies.

Founder’s closing brings Ohio’s number of dedicated abortion facilities down to eight. Over the last decade, thanks to strong pro-life legislative and grassroots efforts, half of Ohio’s abortion clinics have closed. Ohio Right to Life will continue to advocate for the most vulnerable among us and work tirelessly to ensure that every abortion facility in Ohio, like Founder’s, closes its doors forever. 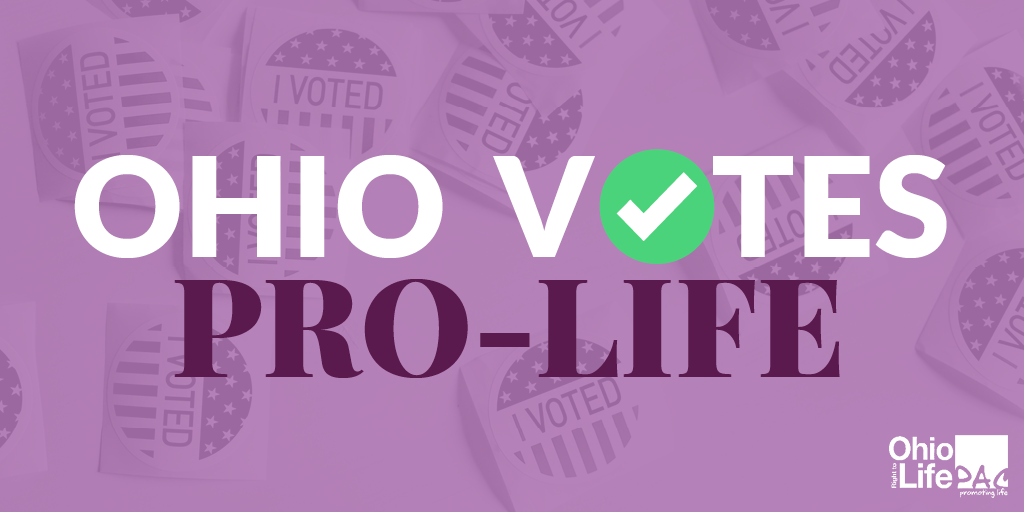 Last Tuesday, the Ohio Right to Life Political Action Committee announced its final round of endorsements for the November 2020 elections. These final endorsements included candidates for the U.S. Presidency and Ohio’s General Assembly.

On the top of the ticket, the PAC endorsed President Trump, whose pro-life leadership has already saved countless lives here in the U.S. and also overseas through his reinstatement of the Mexico City Policy. ORTL PAC also endorsed a slate of strong pro-life women for Ohio’s General Assembly such as Representative Cindy Abrams, Representative Jena Powell, and Representative Susan Manchester.

With so much at stake this election, it is imperative that Pro-Life Ohio continues to prioritize life at the ballot box and vote our pro-life values. Please help us spread the word by sharing our endorsements with family, friends, and your personal networks!

Click here for Ohio Right to Life’s endorsements and recommendations.

Today, Ohio Right to Life is releasing the third episode in our special series of The Pro-Life Ohio Podcast, “The Push for the Abortion Pill.” This multi-episode special edition focuses on the spread of chemical abortions and how the abortion industry is pushing these dangerous drugs on vulnerable women in more ways than ever before.

In this week’s episode, The Push for the Abortion Pill Pt. 3, United States Congressman Bob Latta, one of our pro-life champions in Washington, talks with our Director of Legislative Affairs, Jessica Warner, on what legislative efforts are being made on the national level to combat the abortion industry’s push to expand the dangerous abortion pill regime.

You can listen to “The Push for the Abortion Pill” series on The Pro-Life Ohio Podcast SoundCloud page. To listen to the third episode, click here.