Separation of Powers and the De-funding of Planned Parenthood

The tired rhetoric of pro-abortion activists never ends: if you shut down Planned Parenthood, you’re violating Roe v. Wade! What about freedom of speech! As they tirelessly hit you over the head with these “facts,” the engaged reader will wonder, how much truth is there to these statements? We’re going to take a look at these arguments briefly, and then remind ourselves why elections matter.

After reading Kathleen Brinkman’s op-ed in the Cincinnati Enquirer, I decided to take a deeper look into her assertions. Ms. Brinkman takes her readers through her reaction to our op-ed in the Enquirer (written by the lovely Katie Franklin). Her problem, as she stated is that “There is no dispute: Planned Parenthood has not used the funding they received through these programs to provide abortions. There is no dispute: the Ohio General Assembly enacted this law to force Planned Parenthood to stop providing safe and legal abortions or lose these funds.”

Wait. I’m confused. Are you confused? Because she says that Planned Parenthood is not using the funds they receive to provide abortions. Then she turns around and says that this law (which is cited incorrectly in the article, but can be found here) will stop Planned Parenthood from providing safe and legal abortions. Those things seem to be directly in contrast with one another. So, if Kathleen is reading this, here’s how I see it: Planned Parenthood took part in competitive bidding for the taxpayer dollars they have received. Just as a refresher, that is money coming out of my summer internship, and Kathleen’s law practice and all the other average Ohioans who are trying to pay the bills.

Just as Kathleen tried to teach us how the Constitution says the judicial branch works, now I’ll explain the legislative branch. Every day Ohioans have the privilege of electing representatives and senators from across the state, who meet up on Cap Square and sit in the Statehouse and decide important things, such as where my tax dollars go. And we also have a say in who the governor is. He signs the bills that the representatives and senators talk about and that makes them laws. (Click here for a more scientific explanation of the process from our friends at School House Rock). So what it comes down to is this: elections matter. Get out there and vote for people who agree with you! 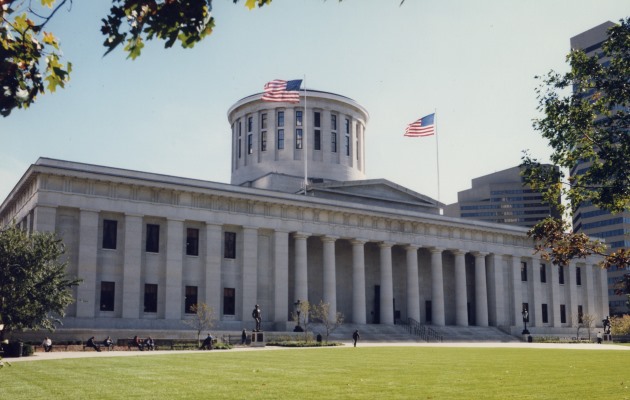 I wouldn’t want anyone to think that that is the end of the story. If the legislation had no one to check it, a lot of bad laws would have come into this country and there would’ve been nothing we could do about it. That’s what we have the courts for. Unfortunately, though, that process isn’t always foolproof. Judges with strong political opinions oftentimes interpret them into the Constitution. And while Kathleen claims that Judge Michael Barrett “did his sworn duty,” we over here at Ohio Right to Life disagree. Judge Barrett, like other activist judges, took his political opinion and stuck it in the mess of de-funding Planned Parenthood to taxpayer dollars that they have no constitutional right to.

The argument could go on, and on, and on… But suffice it to say that Judge Barrett did more than his “sworn duty.” Planned Parenthood does not have a right to my tax dollars.