This statement, essentially saying that infanticide should be accepted, prompted understandable outcry from across the nation. Even traditionally pro-choice people condemned the Governor’s statements. Sen. Sasse took measures into his own hands, by introducing the Born-Alive Act, which strengthens protections to ensure that babies born alive after a botched abortion are given the medical care they need and deserve. 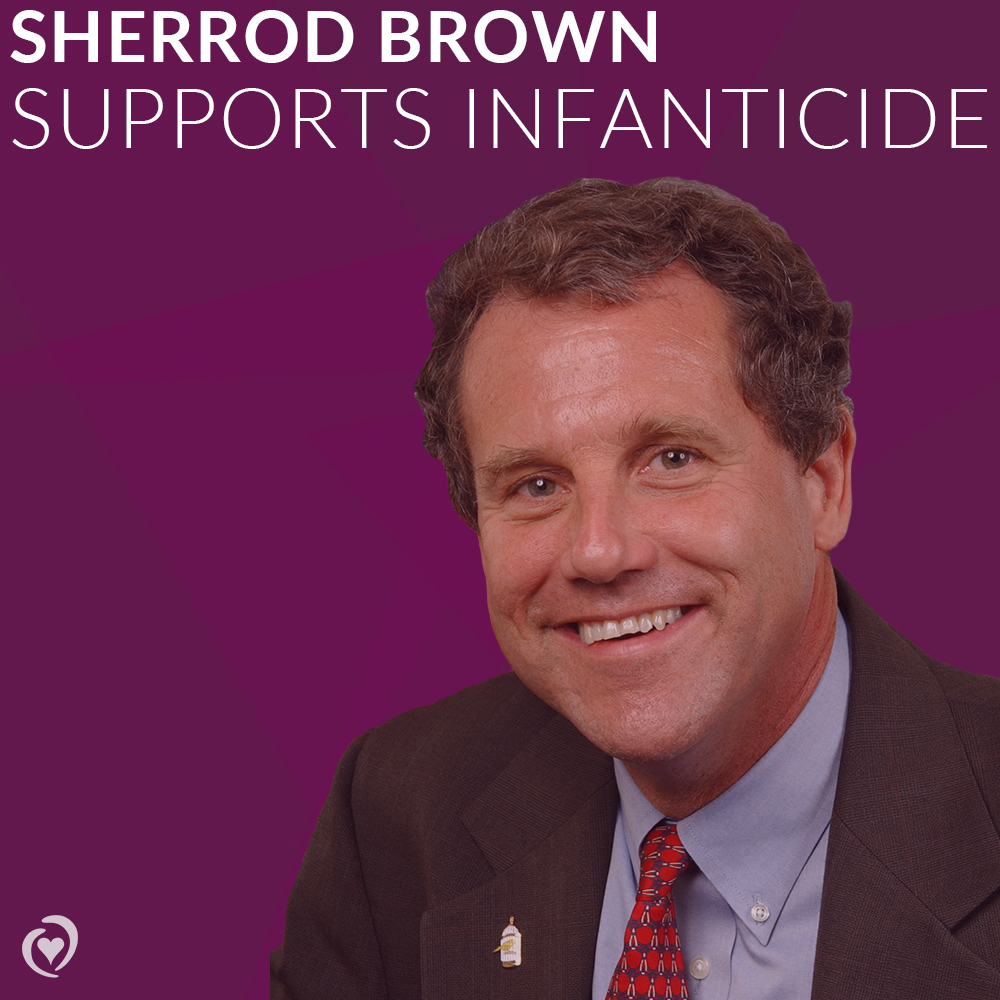 It would seem that the choice to reject infanticide should be an easy one. But even that was too much for pro-abortion politicians to yield to. In the very pocket of Planned Parenthood, 44 Democrats voted against this commonsense and necessary protection for the most vulnerable.

Our own Sen. Sherrod Brown was one of the senators who voted no, but he didn’t stop there. He went on Twitter to make sure everyone heard his extreme abortion views. When it comes to the Born-Alive Act, the decision should be simple. The bill doesn’t even regulate anything about abortion. Instead, it requires doctors to care for the tiny patient who survived. But Sherrod made it all about abortion, showing himself for the extremist he really is.

Ohio is nowhere near as extreme as Sherrod Brown would like to think we are. He doesn’t represent the majority of Ohioans when he says that the decision about whether or not to give a newborn baby life-saving medical care “should be between them and their doctors.” It’s a dangerous business when the government turns a blind eye to the discrimination and neglect of the vulnerable.

Here’s the truth: we can’t promote a culture of life without your help. If Sherrod Brown got his way, Ohio would have no protections for the unborn - even infanticide would be on the table.

We will continue to fight for life-saving legislation at the Statehouse, including the Heartbeat Bill, because we know that, if left to their own ways, pro-abortion politicians would make Ohio into the likes of New York or Virginia. We can’t afford to let that happen.

Will you give today? Pro-life Ohio is counting on you to take a stand against this imposing culture of death.