Strickland jokes that Scalia's death came "at a good time"

As you know, Justice Scalia's passing struck the pro-life community hard. The loss of Justice Scalia was the loss of a brilliant legal scholar who opposed Roe v. Wade in strong, unrelenting language. Justice Scalia's death set into motion a race to fill his vacancy, increasing the stakes for Election 2016.

Strickland's joke is beyond the pale and exemplifies his disregard for human life. It exhibits the cold calculation of a politician who will use the death of a leader to score cheap political points to ensure his election. 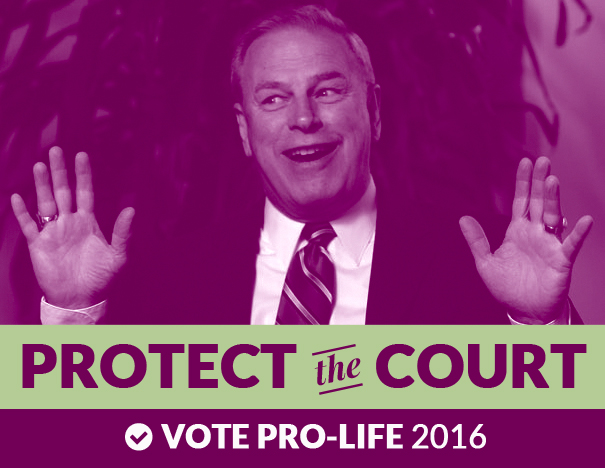 This is the latest strike against Ted Strickland in his bid for US Senate. Last week, the Columbus Dispatch reported that Ted Strickland supports repealing the Hyde Amendment, longstanding bipartisan policy that prohibits taxpayer dollars from funding abortions through Medicaid. He's also campaigned against pro-life Senator Rob Portman's support for federal funding to fight the Zika virus on the basis that it doesn't include funding for his political bedfellow Planned Parenthood.

Now, he's laughing at the death of one of our nation's leaders.

The pro-life community must come out in full force this November to defeat Ted Strickland. Callous disregard for human life, born and unborn, is no laughing matter.