TAKE ACTION: Your help needed to save lives in Ohio!

Ohio Right to Life saw the introduction of our Pain-Capable Unborn Child Protection Act a year ago. Last spring, we invited expert witnesses from across the state and nation to testify to the fact that unborn babies can feel pain, perhaps more intensely than you or me. 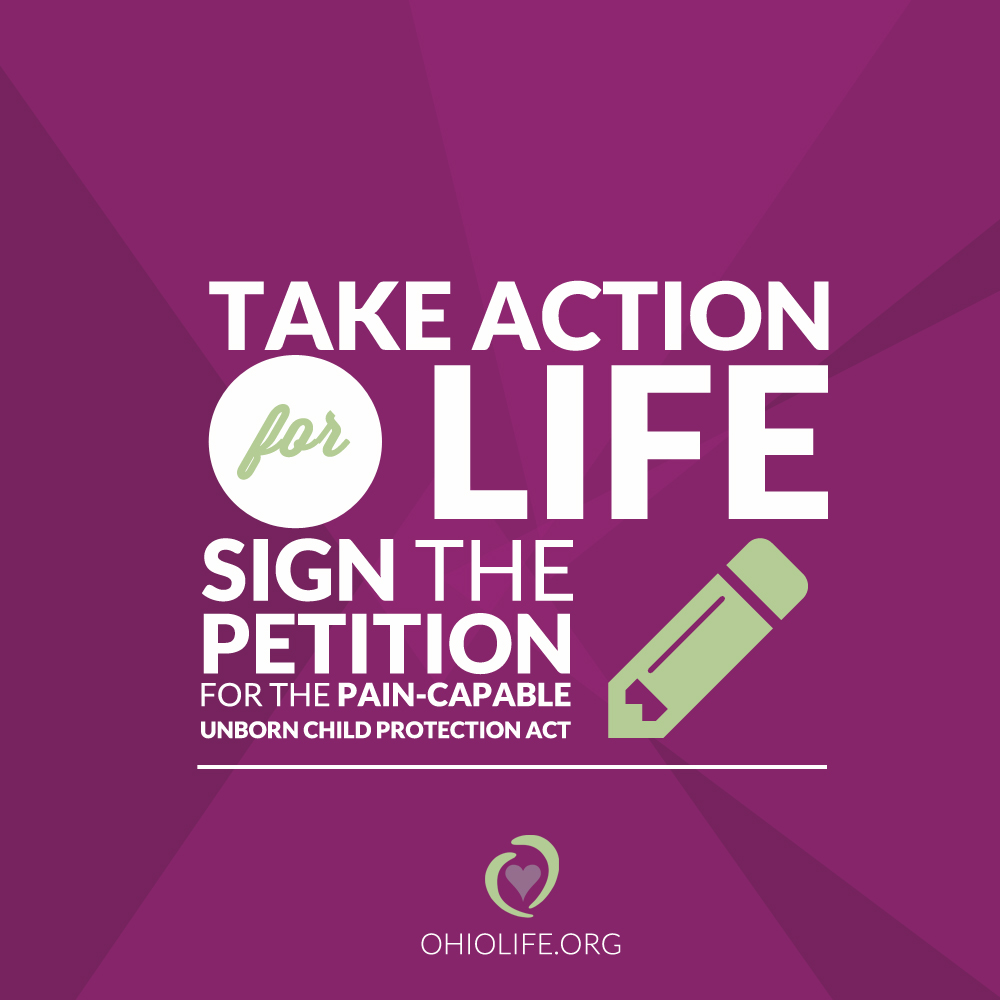 We are fortunate to have a pro-life House of Representatives and Senate who care deeply about the unborn. Over the last five years, they have sent 17 pieces of pro-life legislation to the desk of Governor John Kasich, including our Late-Term Abortion Ban.

But as you know, we have more work to do.

The Pain-Capable Unborn Child Protection Act would prohibit abortions when babies can feel pain, which begins no later than 20 weeks gestation. This legislation would save hundreds of babies from being dismembered in their mothers' wombs.

The U.S. is one of 7 countries, along with North Korea and China, that allows abortions after 20 weeks of pregnancy. Ohio Right to Life has argued that Ohio has an obligation to keep up with the developed world, even if the United States can't.

The fact is: Our pro-life allies in Washington DC have been trying to pass this legislation for years. With a pro-abortion president, that is no small task. Now, another election hangs in the balance, and we have to wonder whether our country will go another four years without this legislation.

Your signature will set Ohio apart from President Obama's pro-abortion reign in DC. SIGN the Petition to Pass the Pain-Capable Unborn Child Protection Act in Ohio!

Here in Ohio, we can make a difference. We are making a difference! In just four years, abortions decreased 25% in our state! But we are on a mission, and that mission is to make the abortion count in Ohio read ZERO.

We simply need your help on this journey to pass the Pain-Capable Unborn Child Protection Act and keep fighting the good fight to make Ohio abortion-free.