Like many working for the pro-life cause, I read the story about Planned Parenthood selling babies' organs with little surprise. Disgust, heartbreak, and a sick stomach, sure--but surprise?

Last summer, almost a year ago now, I read the Ohio Department of Health's inspection report for Planned Parenthood of Bedford Heights. The Cleveland abortion facility was cited and fined $25,000 for gross violations of health and safety. I still feel nauseous when I remember reading the most concerning citation in the report: improper storage of eight containers of human tissue.

I can't begin to speculate about what purpose the facility had for these refrigerated containers--but the Planned Parenthood video certainly opens that discovery up to our imaginations.

Whatever purpose Planned Parenthood assigned to those containers, the objective result of their heinous acts is the same as it has always been: a dead child.

My greatest fear following the release of this video is that people will continue to just let it be--to slip back into the false belief that this is some isolated incident and Planned Parenthood still does some good.

I was fortunate enough to grow up associating Planned Parenthood with abortion. College was an eye-opening experience for me. I met people who had no idea that Planned Parenthood even did abortions. If there's one thing that I could ask of those I know who still think there is something redeemable about Planned Parenthood, it would be for them to turn their backs on them now and never look back.

In a furtive effort to salvage their public image, Planned Parenthood is attempting to de-evolve the abortion debate back to a place where words have no meaning--where the precise biological development of a human baby is completely unknowable and unspeakable save for the two meaningless words they've been relying on to save them for the last several decades: choice and tissue. 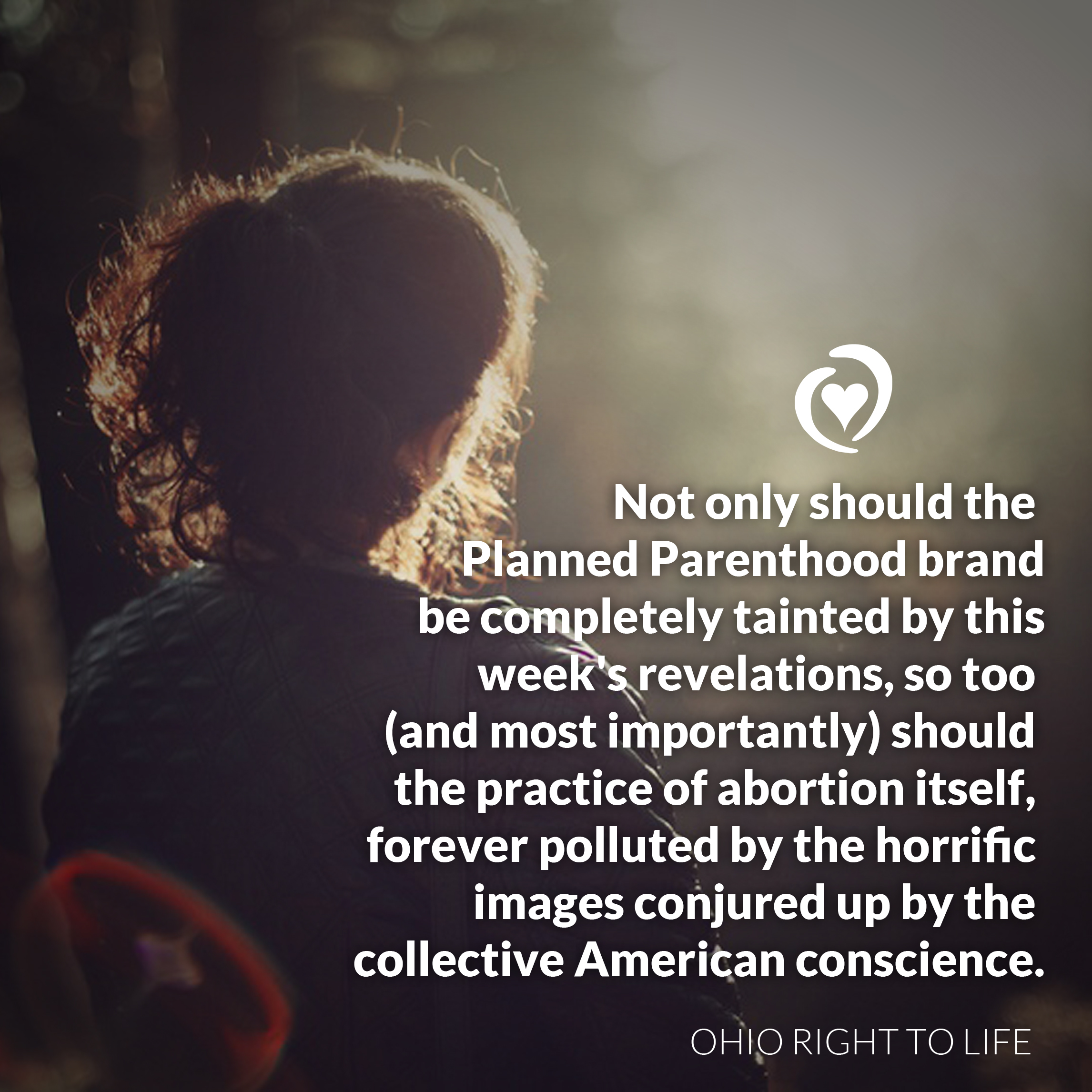 One article has suggested that to some people the "calvarium" referenced in the video is an unborn baby's head and to others it is simply a calvarium, as if sheer human rhetoric can remove a person's humanity, their intrinsic dignity and their rights. But this is the non-argument of a mystic who believes that human will dictates the parameters of reality and the dignity and rights of a helpless human child. It is an assertion that is dangerous even to the "pro-choice" position because it is not exclusive to the abortion debate. It's an assertion that can easily be applied to any human being at any age whatsoever. (Imagine this equally twisted assertion: to some people it is a "calvarium" while to others it is a human head.)

And therein lies the horror of what abortion advocates will both promote and allow. The livers, hearts and lungs that each of us possesses are the same organs that we possessed as infants and as pre-born babies--and they all hold the same zero-value to Planned Parenthood now as they did when we were pre-born babies.

The fact that Planned Parenthood is America's abortion giant (aborting 327,653 babies in 2013 alone) should be reason enough for the American public to reject them as a whole. Not only should the Planned Parenthood brand be completely tainted by this week's revelations, so too (and most importantly) should the practice of abortion itself, forever polluted by the horrific images conjured up by the collective American conscience.