The difference between Hillary Clinton and Donald Trump

This morning, the Cleveland Plain Dealer posted a valuable comparison of Donald Trump and Hillary Clinton on the issue of abortion. From the Supreme Court to the Hyde amendment, their two approaches can't be more different.

Where Hillary Clinton would replace Justice Antonin Scalia with a pro-abortion justice, Donald Trump would appoint a pro-life one. Where Hillary Clinton would force taxpayers to pay for abortion-on-demand with the repeal of the Hyde amendment, Donald Trump has maintained, "Public funding of abortion providers is an insult to people of conscience."

But it's not only the presidential race that Ohio Right to Life is anxiously watching. Our Senate race is a critical one as well. The contrast between pro-life Rob Portman and pro-abortion Ted Strickland is just as sharp as the one between Trump and Clinton.

This Fall, we are asking you to take our Pledge to Vote Pro-life. We need all pro-life Ohioans to come out and put a stop to the pro-abortion extremism of Hillary Clinton and Ted Strickland. This election isn't just about the next four years. With the Supreme Court on the line, it very well could be about the next 40 years. 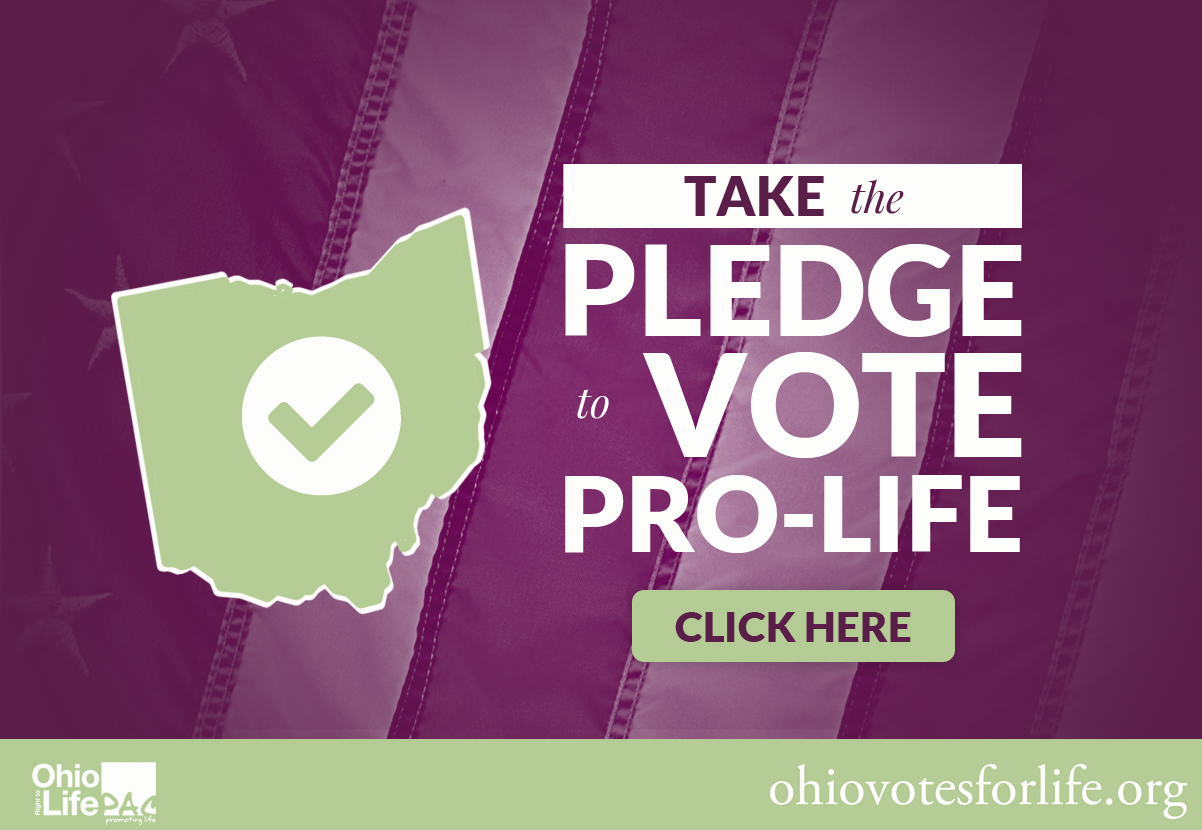 You can take your pro-life activism one giant step further by heading over to our PAC website at ohiovotesforlife.org for all of our Vote Pro-life resources: Ohio Right to Life PAC Endorsements and Recommendations, Trump v. Clinton Comparison, and Portman v. Strickland Comparison. These are yours to use to get out the pro-life vote!

The extremism of Hillary Clinton and Ted Strickland must be soundly rejected in 2016. With nearly 60 million lives aborted in the time since Roe v. Wade, there is simply too much at stake. Will you stand with Ohio Right to Life and Pledge to Vote Pro-life in November?