The only number that matters during the March for Life

Every January, in the dead of winter, often facing blizzards and negative windchills, hundreds of thousands of pro-life people travel to Washington D.C. to protest one of the darkest decisions ever rendered by the United States Supreme Court: Roe v. Wade.

As you undoubtedly know, over the weekend, the media breathlessly reported the major crowd sizes at the Women's March, a march that claimed to stand for "diversity" and "inclusivity" but rejected the partnership of pro-life feminist and student groups. Unsurprisingly, Planned Parenthood was the March's biggest sponsor. (Read this great article from The New York Times about the divisiveness of the Women's March).

Despite all of this talk about numbers and crowd sizes, we are called to remember that the only number that really matters this January is 60 million--60 million innocent human lives who have been lost to Roe v. Wade over the last 44 years.

Afterwards, there are multiple March for Life receptions being hosted by Ohio's pro-life Senator and Congressmen! Join us for some food, refreshments and pro-life conversation after the March! (Details below.)

Don't miss this opportunity to speak out against the greatest human rights violation of our time! Forty-four years is too long. March with us against this inhumane practice and for the dignity of every human life! 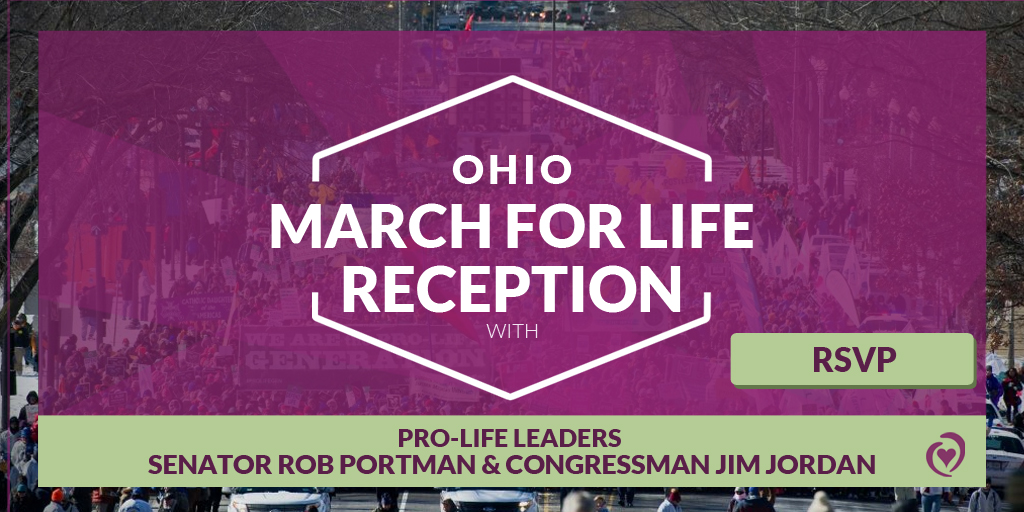