This morning: Gorsuch before the U.S. Senate

This morning, confirmation hearings began for President Donald Trump's Supreme Court nominee Neil Gorsuch. Now, we are asking YOU to contact our Senators' offices and ask them to confirm Judge Gorsuch.

TAKE ACTION >>> Tell your Senators to confirm Gorsuch to the Supreme Court!

At this morning's hearing, pro-choice Senator Dianne Feinstein warned her colleagues of the risk that Judge Gorsuch poses to Roe v. Wade. Specifically, she was appalled by Judge Gorsuch's belief that “All human beings are intrinsically valuable…the intentional taking of human life by private persons is always wrong.”

Indeed, Judge Gorsuch has a strong record of protecting life and religious liberty. Still, Judge Gorsuch is widely revered as an intellectual who is fair-minded and personable. Even those who disagree with his judicial philosophy recognize his intelligence and analytical depth. 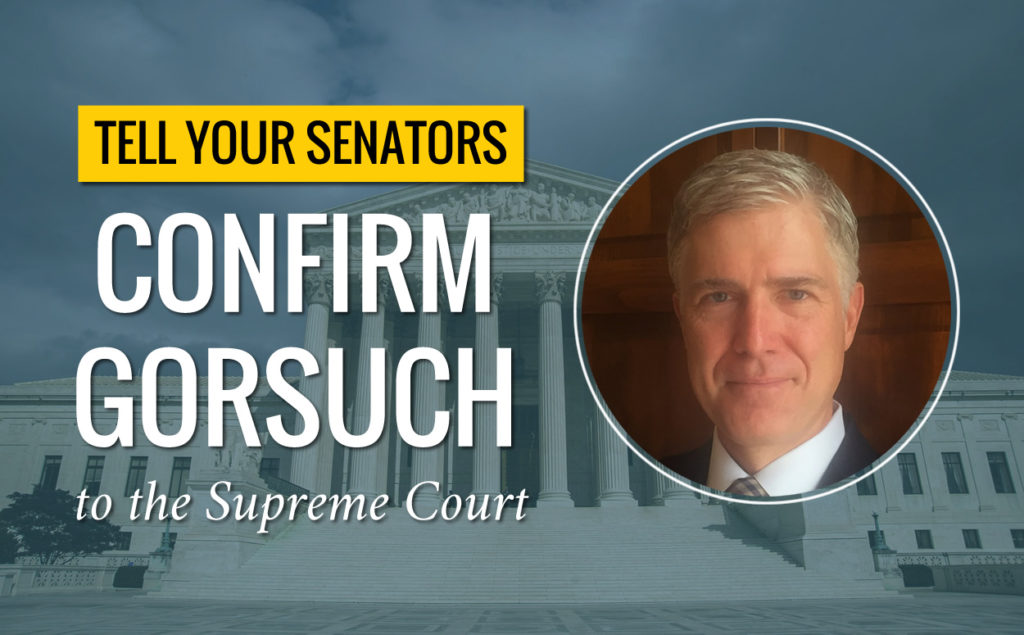 In 2006, the U.S. Senate unanimously confirmed Gorsuch to serve on the Tenth Circuit Court of Appeals. There is no reason that Judge Gorsuch should not receive this level of bipartisan support again.

Will you join us in supporting Judge Neil Gorsuch? Pro-life Senator Rob Portman and pro-choice Senator Sherrod Brown need to hear from you. After all, SCOTUS is the top reason 1 in 5 Americans voted in the 2016 Presidential Election.

You made your voice heard in November—make sure it's heard again in 2017!

P.S. Read our op-ed on Judge Gorsuch, co-authored by our President, Mike Gonidakis, and Susan B. Anthony List President, Marjorie Dannenfelser, in the Cincinnati Enquirer!