The fight for life continues! Check out some of this week’s pro-life developments.

Our Down Syndrome Non-Discrimination Act, passed in 2016, is scheduled to be heard en banc by the federal Sixth Circuit Court of Appeals March 11th this year. We are profoundly grateful for the support we are receiving in defense of this law: the U.S. Department of Justice submitted an amicus brief in support, as has a group of pro-life attorneys general from across the country, spearheaded by Indiana and Kentucky. Championed by Ohio Right to Life, the law would prohibit abortions sought solely as a result of a Down syndrome diagnosis. After being signed by former Governor Kasich in 2017, the law was blocked in the courts following a lawsuit by the ACLU and other pro-abortion groups. Despite this, support of the Down Syndrome Non-Discrimination Act is overwhelming and comes from highly regarded sources, serving to emphasize both the importance of Down Syndrome Non-Discrimination Act and its obvious validity.  Aborting a child because of a Down syndrome diagnosis is fatal discrimination. Following the court’s initial decision blocking of the law, Ohio’s pro-life Attorney General Dave Yost successfully petitioned for an en banc review, which will include a hearing by the full panel of judges on the Sixth Circuit Court. Ohio Right to Life is hopeful that the full panel will overturn the court’s previous ruling and side in favor of protecting these innocent lives.

To read the Department of Justice amicus brief, click here.

Last week, the Senate Health and Human Services Committee heard sponsor testimony from Senator Steve Huffman on Senate Bill 260, the Telemedicine Abortion Ban. This important legislation prohibits the use of telemedicine for the purpose of providing abortion-inducing drugs. Chemical abortions continue to make up a greater proportion of abortions performed in Ohio each year, and not only end an innocent unborn baby’s life, they also carry serious health risks for women, including hemorrhaging, infection and even death. The Telemedicine Abortion Ban would ensure that convenience does not override the very real risks the abortion pill regimen poses to women’s health and safety. Ohio Right to Life is proud to work with Senator Huffman to move this vital legislation forward. You can read more here.

The Ohio Right to Life team had the incredible honor of being able to attend the 2020 March for Life. We marched alongside hundreds of thousands of pro-lifers from all over the U.S., holding our signs which proclaim that “We are Pro-Life Ohio.” We distributed several hundred of these signs to other pro-life Ohioans, including to high schoolers from Immaculate Conception Academy in Cincinnati, who proudly represented Pro-Life Ohio while marching. We were also able to give live updates to all of pro-Life Ohio who couldn’t make it to D.C via our social media accounts. We live streamed from the March on our Instagram and Facebook pages; our Facebook Live has been viewed over 1,000 times. After marching, we had the honor of co-hosting the March for Life Ohio Reception with U.S. Sen. Rob Portman and Congressman Jim Jordan. We came back to Columbus encouraged and inspired by what we saw in Washington. The tide is turning for the pro-life movement, and the momentum is on our side.

To read our full March for Life recap, click here. 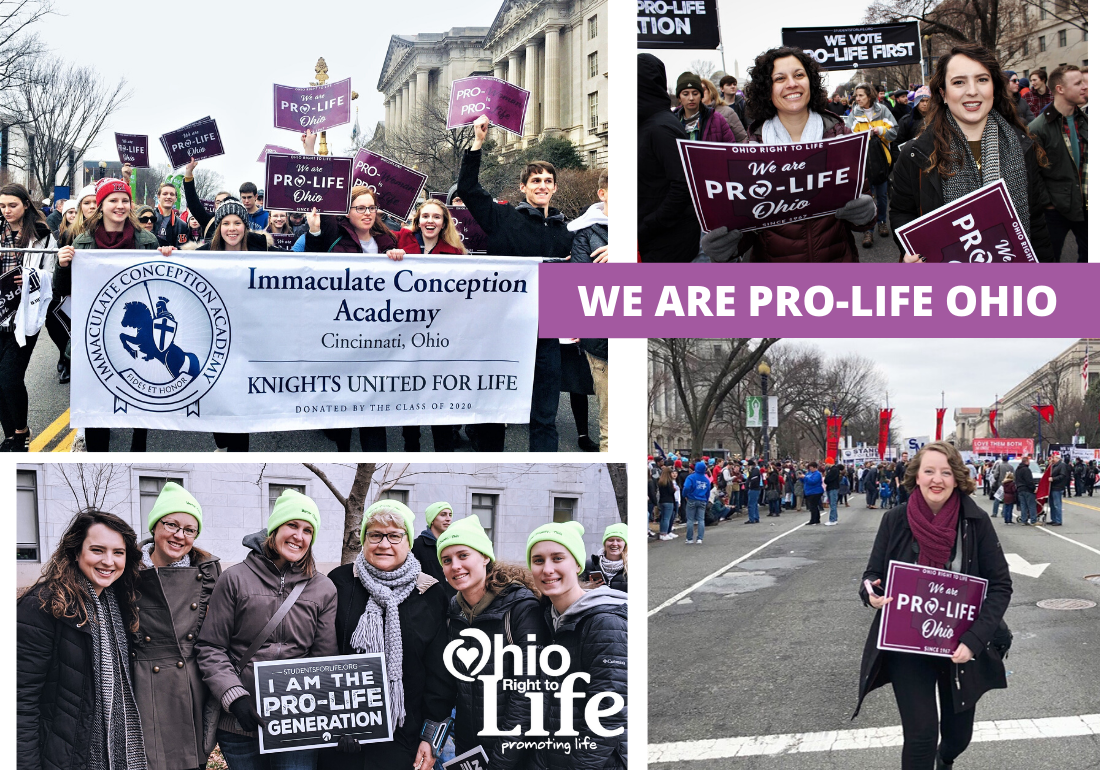