Yesterday, we told you about the urgent need to pass the Pain-Capable Unborn Child Protection Act in Ohio. Today reminds us of the continued urgency to pass legislation like this--and the horrors that can occur without it.

Three years ago today, Kermit Gosnell, the now infamous late-term abortionist, was convicted of three counts of first-degree murder. As Fox News reported at the time:

"A Philadelphia doctor was found guilty Monday of murdering three babies born alive in an abortion clinic, Fox News confirms. He was acquitted in the fourth baby's death, and found guilty of involuntary manslaughter in the overdose death of an adult patient.

Dr. Kermit Gosnell, 72, was convicted of first-degree murder and could face execution in the deaths of three babies who authorities say were delivered alive and then killed with scissors at his grimy clinic, in a case that became a flashpoint in the nation's debate over abortion.

Gosnell was cleared in the death of a fourth baby, who prosecutors say let out a soft whimper before he snipped its neck.

Gosnell was also found guilty of involuntary manslaughter in the drug-overdose death of a patient who had undergone an abortion."

Thanks to the enactment of 17 pro-life laws by our pro-life leaders over the last five years, abortion facilities are closing and abortions are plummeting in our state! But if today reminds us of one thing, it's that we have more work to do.

Three years ago, Gosnell showed America what abortion is. He showed us the truth, he showed us the horror. The only difference in what Gosnell did to the delicate necks of those babies and what happens in abortion facilities everyday in America is location. No sooner will you forget the whimpers of these children than we will.

Last summer, Planned Parenthood brought us even closer to the horror of abortion, joking and haggling over the hearts, lungs, and livers of their victims.

We cannot forget these depictions of abortion in America. For it's the abortionists themselves who have created them. It's Kermit Gosnell who brought the picture of abortion and the whimper of a child into the light. It's Planned Parenthood executives who described the human attributes of the aborted child. It's Planned Parenthood executives who described "crushing" the body of the aborted child to preserve his parts. It's the abortion industry who betrayed their own cause--and they did so with the truth.

Today, we urge you to sign Ohio Right to Life's petition to pass the Pain-Capable Unborn Child Protection Act. 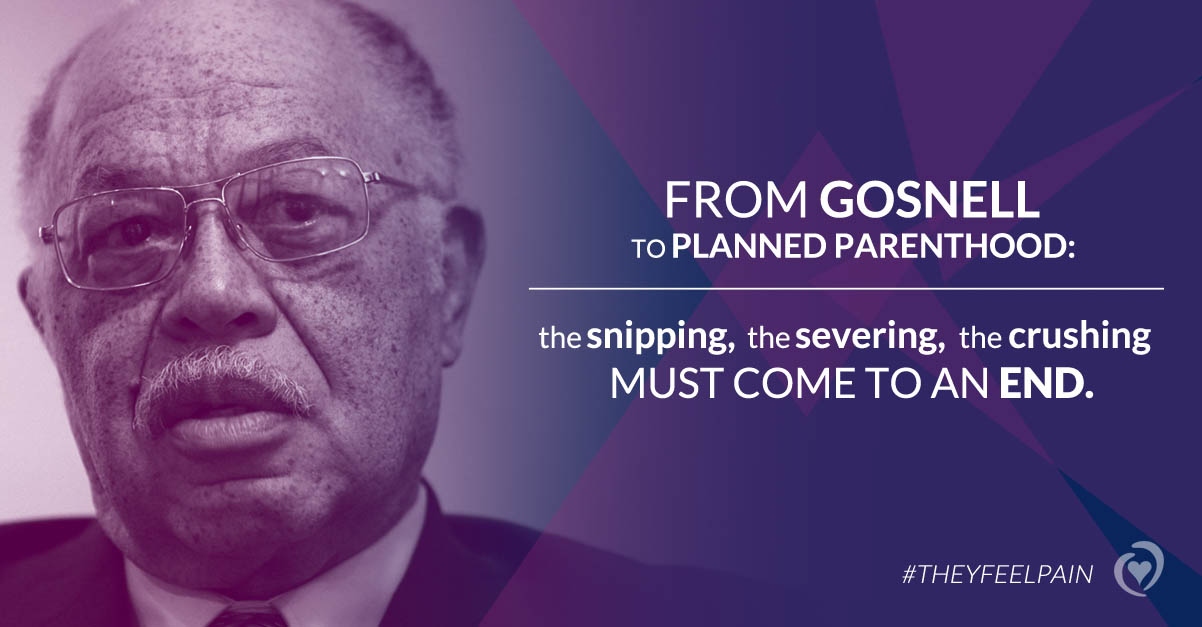