Can you stop what you’re doing for 60 seconds to make this important phone call?

The President of Planned Parenthood, Cecile Richards, is on Capitol Hill today testifying before the House Oversight Committee, the third such committee investigating the horrendous practices at Planned Parenthood. Somehow, she is going to try to defend the horrific undercover videos that show Planned Parenthood executives casually discussing what part of the baby they can “crush” to get the best organs intact so they can sell them, and then argue that Planned Parenthood should continue to get a check every year for over half a billion dollars from the American people. 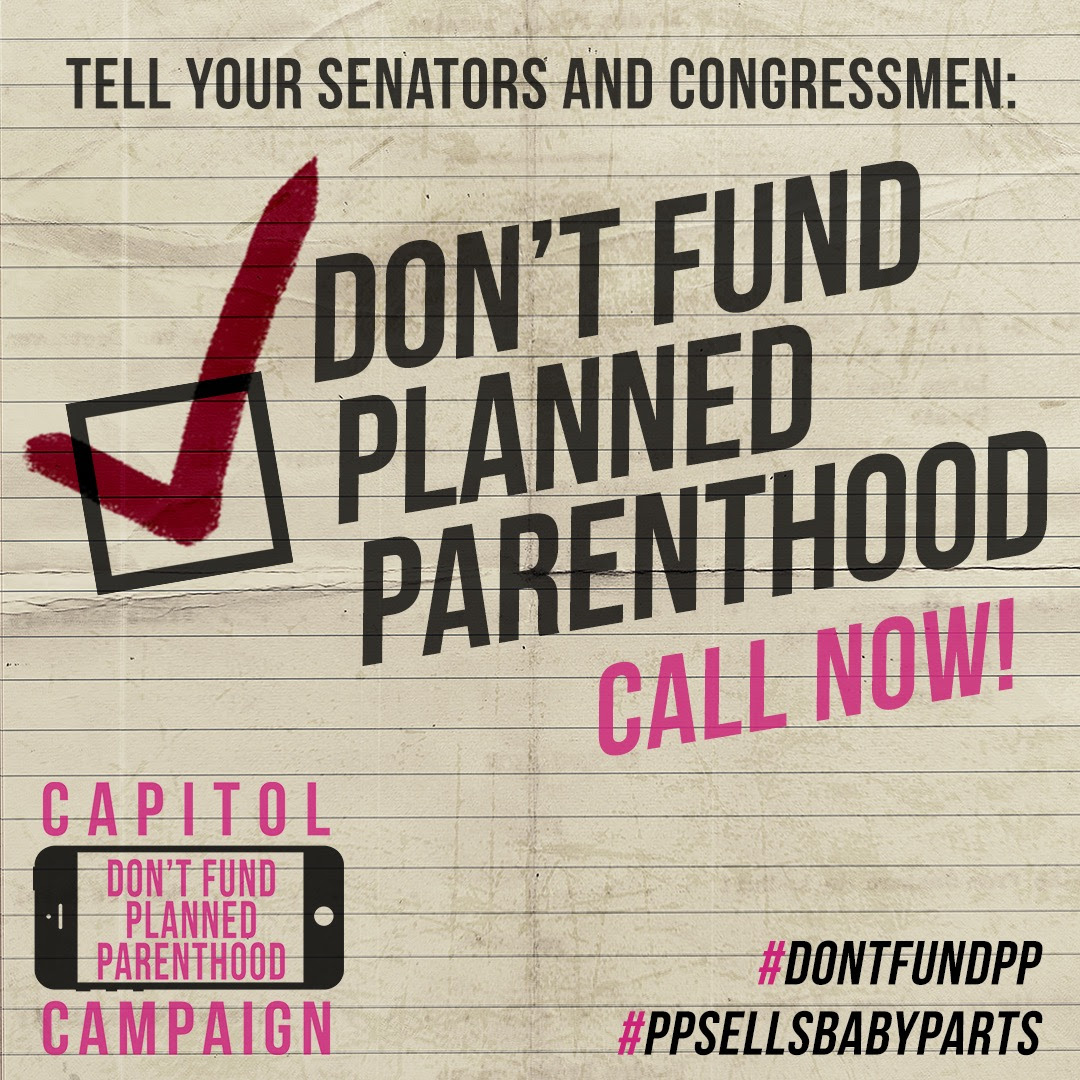 It’s time that the check is ripped up for good.

We are asking all pro-lifers across the country to participate in the Don’t Fund Planned Parenthood: Call the Capitol Campaign TODAY. Congress has to pass a budget that funds the entire government by midnight onSeptember 30th and as it stands, the budget funds Planned Parenthood – with YOUR money!

Congress needs to hear from you. They work for you. They need to know that a vote in support of a budget that funds Planned Parenthood is a vote supporting the harvesting and selling of baby body parts. Your phone calls make a difference, even on those you think couldn’t possibly be on our side.

Don’t give up now. Find your Congressman’s contact info here:http://www.house.gov/representatives/find/.

While a pro-life majority was sworn in to Congress in January, the leaders in both the House and Senate have been slow to take up the cause of protecting the preborn. But because of your persistent calls to the Capitol and your stand against this horrid organization that sells baby parts, members of Congress are being overwhelmed by their constituents telling them not to fund Planned Parenthood any longer.

Today, let’s make sure our voices are heard loud and clear on Capitol Hill.

We can’t let up. Even though our pro-abortion president, Barack Obama, refuses to stand up for the littlest among us and would rather pander to an organization that commits nearly 900 abortions a day, backing down from a fight to defend the preborn is unthinkable. Who else will fight for them?

Can you fight for them? Call your Member of Congress RIGHT NOW and tell them: Don’t Fund Planned Parenthood!