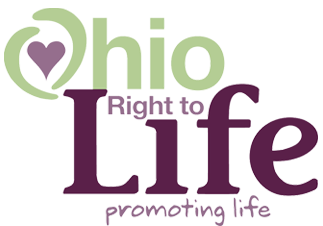 This is an emergency action alert from Susan B. Anthony List and Ohio Right to Life.

Ohio’s own Senator Rob Portman is under attack by pro-abortion forces and needs to hear from you immediately.

As you know, the sudden death of Justice Antonin Scalia has created a vacancy on the U.S. Supreme Court.

Justice Scalia was a true believer in the Constitution, and knew that nowhere in it is there a right to abortion on-demand. That’s why he was always a reliable vote in upholding laws that save the lives of unborn children and their mothers.

Now, pro-abortion forces led by President Obama are determined to replace Justice Scalia with someone who will impose abortion on-demand, up until the moment of birth, paid for by the taxpayers, and without apology. There is no doubt that they’re determined to bully anyone who stands in their way.

SIGN THE PETITION: Senator Rob Portman refuses to be bullied and is standing strong against pro-abortion forces – sign the emergency petition thanking him.

Instead, he’s taken the principled position that the American people should have a say in who fills this vacancy during an election year.

The next President elected this November should fill this vacancy – not President Obama during his final months in office.

Senator Portman’s position is principled and clear: the American people should have a voice in this vacancy, and that’s why it should be filled after this November’s election when we have a new President.

With your continued help, groups like SBA List and Ohio Right to Life are fully committed to ensuring the next President is pro-life, and will nominate someone in the same mold of the late Justice Scalia… not a pro-abortion radical.

TAKE URGENT ACTION NOW: Add your name to the petition thanking Senator Portman for giving Ohio voters a voice in who fills the vacancy on the U.S. Supreme Court.

Well-funded pro-abortion groups are mobilizing their activists across the country to attack Senator Portman. While we have no doubt he’ll remain strong, it’s important for him to know that you have his back.

After you’ve signed the emergency petition, please immediately forward this alert out to as many like-minded Ohio activists as possible.

Thank you so much for your help, and you should be so proud to have Rob Portman as your Senator.

P.S. Pro-abortion forces from across the country are attacking Senator Portman on a mission to ram through a pro-abortion Supreme Court justice. Senator Portman has taken a courageous, principled position in demanding that the American people have a say in filling this important vacancy. It’s important that he knows that Ohio pro-lifers have his back. Please sign the petition right now – it only takes 30 seconds. Thank you!